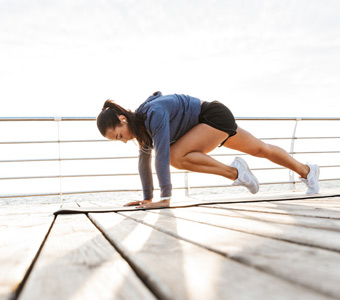 This taurine supplement is particularly valued by those seeking to improve their physical and mental performance.

As indicated by its chemical denomination, 2-aminoethanesulfonic acid, taurine is an amino acid derivative. Its name comes from the Latin, taurus, meaning ‘bull', as it was first discovered in the bile of this animal.

It is, however, found in many other animal species including humans where it can be synthesised from two sulphur-containing amino acids called methionine and cysteine. In the human body, taurine plays a part in numerous metabolic processes and has now been made available as a dietary supplement precisely to support this important activity.

What are the benefits of Taurine?

Taurine is present at significant levels in the brain and muscles where it plays an important role in a number of biological processes:

Suffice to say then that taurine's potential in the body is considerable. Given taurine's many effects and its role in helping the body to function properly, it has attracted the interest of the scientific community. Research has shown that supplementing with taurine may help boost certain types of metabolism and combat certain health problems. In particular, it has been widely studied in sports nutrition for:

It is possible to benefit from taurine's powerful activity as this amino acid derivative is now available as a supplement from the SuperSmart catalogue. For optimal efficacy, each capsule contains 1000 mg of taurine with a suggested dose of one to two capsules a day, although this dosage can be adapted to individual need. Like taurine, creatine is another substance popular with sportspeople who take it to improve their physical performance and help gain muscle mass. To promote synthesis of natural creatine in the body, arginine supplements are a good c, such as the product Arginine Alpha Ketoglutarate and the precursor L-Citrulline.

Note: Given this substance's powerful effects, those with heart problems should not take taurine supplements. If in doubt, seek medical advice.

Composition
Each tablet contains 1,000 mg of taurine.
Directions for use
Take 1 or 2 tablets per day.
Trustpilot