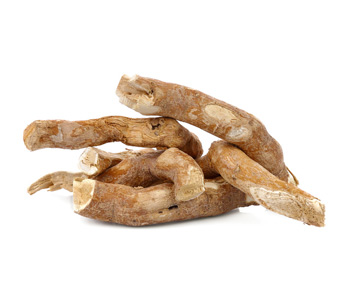 LJ-100® is produced by a patented extraction process, developed by researchers at the Forest Research Institute of Malaysia, which captures the powerful active principles of tongkat ali.

LJ-100® was developed by Professor Johari Mohd Saad after 10 years of research. It is the most potent and purest (and the most expensive) Tongkat ali extract available. It's standardized to contain 22% eurypeptides, 40% glycosaponins and 30% polysaccharides. The results obtained with LJ-100® are clearly better than with other extracts of this type - and you need to take far less. It can also be used by men, as well as women. It is free from toxicity even at doses 1000 times higher than those recommended.

In human clinical trials, LJ-100® showed an ability to almost double free testosterone, while reducing levels of its binding protein, SHBG (Sex Hormone Binding Globulin) by 36% after one week's supplementation and by almost 66% after three weeks. Reducing SHBG is particularly important as it allows a greater level of free testosterone to remain in the body for longer:

Composition
Directions for use
Take one or two vegetarian capsules a day at a convenient time as a maintenance dose, and/or one hour before sexual activity.
No reviews for this product yet