No reviews
Reviews
$58.00 In Stock
Description
Nicotinamide mononucleotide (NMN) is an anti-aging supplement to promote longevity.
Certificate of Analysis 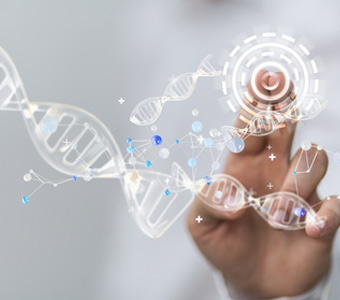 Nicotinamide mononucleotide (NMN) is a precursor of NAD+ (nicotinamide adenine nucleotide) and NADH biosynthesis, delivered in vegetarian capsules and providing anti-aging benefits. This new compound should not, however, be confused with nicotinamide riboside (NR) and other substances already on the market even though they may share certain properties, particularly at a genetic level; NMN is significantly more powerful than NR.

At a conference on the biology of aging organised by the Ellison Medical Foundation, Dr Shin-Ichiro Imai demonstrated that sirtuins are necessary for calorie restriction to be able to improve the activity of orexin, a brain hormone which enhances cells' sensitivity to blood sugar and prevents increases in body fat.

However, sirtuins alone are not enough - cellular NAD+ must also be present for these beneficial processes to work. The problem is, levels of NAD+ decline both with age and as a result of a high-fat diet. The good news, according to Dr Imai, is that in NMN-treated mice, researchers observed an increase in NAD+ synthesis, suggesting NMN could be a potential treatment for type 2 diabetes.

Found in all living cells, NAD+ is a coenzyme involved in redox reactions. It consists of two nucleotides linked by their phosphate group. One nucleotide contains an adenine, the other a nicotinamide. It helps enzymes transfer electrons during redox reactions to form ATP and is thus an aid to energy supply.

However, levels decline with age - the NAD+ in an older person's cells will have fallen by more than 50%. The mitochondria then produce less energy and cells age. Fortunately, this process is not irreversible and intercellular energy mechanisms can be restored if levels of NAD+ are increased.

In addition, NAD is an essential cofactor of key longevity enzymes called sirtuins, activating them directly. Sirtuins play a fundamental role in life expectancy as they deactivate particular genes that lead to aging via inflammatory processes. Thus the combined fall in sirtuins 1 and 3, and in NAD+, can cause cerebral degeneration, vascular inflammation, fatigue, loss of muscle strength, increased fat stores around the liver and abdomen and blood sugar resistance leading directly to metabolic syndrome. All of these processes can be reversed by means of calorie restriction or supplementation with nicotinamide mononucleotide.

Why is it important to supplement with Nicotinamide Mononucleotide?

The mitochondria are at the heart of the problem. When they stop communicating properly with the cell nucleus, it is almost as if the cells are deprived of their energy source or battery - their nuclei shrink and aging becomes inevitable. For Professor David Sinclair, “The aging process can be compared to a married couple - when they're young, they communicate well, but over time, that communication breaks down. And just as with a married couple, restoring communication solved the problem”.

This scientist therefore sees the decline in mitochondrial function and communication as a reversible process. He explains that NAD+ is the central pillar of cell communication but that it decreases sharply with age - until now, the only known way of preventing this loss has been through intensive exercise or calorie restriction.

In addition to this innovative formulation, you may also be interested in other anti-aging supplements available to buy at Supersmart, that offer effective and long-lasting protection from the effects of aging. The potent AMPK Booster, for example, is formulated to reactivate AMPK, a key enzyme of metabolism, levels of which decline with age. The complex Natural Rapalogs contains five natural inhibitors of mTOR proteins, inhibition of which may combat premature aging. You can also benefit from the optimised formulation Longevity Nutrients which combines a selection of natural anti-aging nutrients.

Composition
Directions for use
Adults. Take 1 capsule a day. Each capsule contains 125 mg of nicotinamide mononucleotide.
No reviews for this product yet