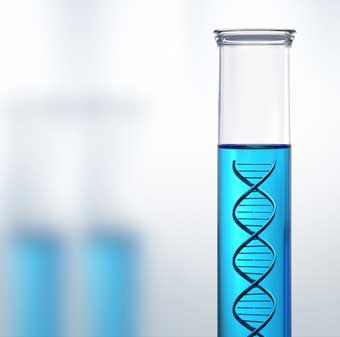 DNA Repair is a completely new formula that protects and increases our ability to repair DNA, the carrier of genetic information.

Our cells multiply every day but the fragile DNA within each cell is vulnerable to damage by a range of factors including free radical attack and lack of vitamins, minerals and enzymes. When DNA is damaged, cell function becomes impaired, potentially to the point where cells are unable to self-replicate and divide. In fact, DNA suffers damaging events on a daily basis, but when entire generations of cells are affected, it compromises the vital reserves of tissues and organs, dramatically accelerating the ageing process.

Current scientific thinking supports the theory that it is the gradual destruction of DNA which leads first to accelerated ageing and then to overall impairment of the body, with a decline in capacity for self-repair that becomes increasingly ineffective with age. Self-replication of cells thus takes place in a damaged or corrupted form and cell division subsequently ceases to occur. This degenerative process can, however, be impeded with selective use of nutritional supplements. DNA Repair contains specific plant extracts, vitamins, minerals and antioxidants that act synergistically to support DNA repair processes.

What are the ingredients in DNA Repair?

This complex can be taken for long periods, either on its own or combined with cycloastragenol which also stimulates DNA repair by activating telomerase, or even with pyrroloquinoline quinone (PQQ) which protects mitochondrial DNA.