AMD - an orange a day protects against this eye disease. Why do you think that is?

Scientists at Australia’s Westmead Institute for Medical Research monitored around 2000 people for over 15 years and found that daily consumption of oranges was associated with a 60% lower risk of developing the disease 15 years later. While oranges may not have ‘magic powers’, it seems some of their components do have powerfully protective properties.

"The data shows that it is the flavonoids found in oranges which are responsible for this protective effect", said study author Professor Bamini Gopinath. "Flavonoids are powerful antioxidants found in many fruits and vegetables. They offer anti-inflammatory benefits for the immune system."


In fact these compounds, which help to keep plants healthy and are responsible for the yellow, orange red and purple colours of the various plant parts (1), exert a wide range of biological activity: Discovered over the last 30 years, all these effects have yet to be fully understood and there are likely to be further exciting discoveries to come given the promise shown in the latest findings. For example, several studies have identified an association between ingestion of dietary flavonoids and a significant reduction in cardiovascular disease mortality (15-16).

What’s certain is that it’s important to ensure they are from natural sources (such as those contained in FlavoLife and Grapefruit Extract 99 % naringin). Drinks such as red wine, tea and coffee contain substantial amounts of flavonoids, though it’s Citrus drinks, including orange, which are the best for providing flavonoids.

Which other supplements can help prevent AMD?

Age-related macular degeneration affects those over 55 in particular. It leads to vision problems, with sufferers potentially losing the ability to recognize faces ...

You must be connected to your account to leave a comment
Be the first to review this article
Our selection of articles
What are the best supplements for preserving vision?

What are the best natural supplements for preserving your eyesight? Can plant substances really improve your vision? 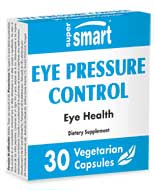 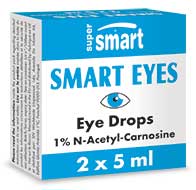