The benefits of glutathione - the king of antioxidants!

Crowned the king of all antioxidants, glutathione is indeed an exceptional compound which nonetheless is often overlooked. Did you know, for example, that it plays a key role in the healthy functioning, equilibrium and defense of the body?
Contents
Rédaction Supersmart.
2018-09-18Commentaires (0)

While it is known scientifically as the tripeptide gamma-glutamylcysteinylglycine, glutathione can be described simply as a natural compound present in many living organisms including humans.
Found at several levels in the human body, glutathione is present in our cells, and as we’ll discuss in this article, it fulfillls a number of key roles. But first, a little precision is called for. There are actually two forms of glutathione: an oxidized form called GSSG, and a reduced form called GSH. The latter is often described as the active form and is the one used for supplementation purposes in reduced glutathione capsules.

Why the interest in reduced glutathione?

The two forms of glutathione coexist in the body and form what is known in scientific jargon as a ‘redox couple’ or GSH/GSSG couple. This is hugely important for our health as it plays a crucial role in the body’s defenses, in metabolising nutrients and in regulating various pathways essential for general equilibrium.

However, in this GSH/GSSG couple, one form – reduced glutathione or GSH – is more important than the other. In fact, a cell is now considered to be healthy if it has a GSH/GSSG ratio of more than 100, ie a much higher amount of GSH than GSSG. Conversely, a ratio of between 1 and 10 is regarded as a sign that cells are under intense attack. GSH resists this aggression but in so doing, its concentration declines rapidly! Supplementation can therefore be highly beneficial in protecting the body.

What roles does glutathione play and what are its benefits?

You may now have picked up some clues as to glutathione’s benefits, but this compound really fulfillls many roles in the body. Indeed the list of its functions is too long to include here in its entirety so below we outline the three main roles of glutathione in humans.

Glutathione is often described as the mother or king of all antioxidants. This is because of its exceptional antioxidant potency, ie, its ability to combat damage caused by oxidative stress. This is the process known to be responsible for significant damage to - and premature aging of - our cells. Glutathione is therefore a valuable ally in the fight against age-related health problems and diseases.

In some ways, glutathione can be said to have dual antioxidant action. It both directly combats the accumulation of highly-reactive oxygen species and also stimulates other defense mechanisms. In particular, it acts as a cofactor of antioxidant enzymes and also promotes the activity of other natural antioxidants such as vitamins C and E. So via different mechanisms, glutathione is ideally placed to trap harmful agents and thus help protect the body!

2. Purification of the body

Alongside its antioxidant power, glutathione protects the body in other ways. It is involved in the elimination of numerous waste products and toxins, preventing them from accumulating and causing negative effects. One such toxin is formaldehyde, which is produced during several of the body’s metabolic processes. Glutathione encourages its breakdown by acting as a substrate of the enzyme formaldehyde dehydrogenase. This converts the formaldehyde and glutathione into S-formyl-glutathione. It also helps eliminate certain heavy metals. For example, glutathione is required for transporting mercury away from the cells and brain.

As well as being a natural antioxidant and detoxifying agent, glutathione also protects the body via more complex mechanisms. In particular, it influences cell proliferation and renewal. An adequate level of glutathione, for example, encourages the proliferation of intestinal epithelial cells and lymphocytes. Central to the body’s defenses, lymphocytes are the white blood cells that play a key role in the immune system by combatting a number of harmful agents. Glutathione thus plays an undeniably important role in the body’s defenses, a fact confirmed by scientific studies: researchers have, for example, observed that it helps fight infection by the ‘flu virus.

Note: In addition to its protective benefits, glutathione is also involved in the synthesis of DNA and proteins. It plays a role in gene expression and helps improve mitochondrial function.

Why supplement with glutathione?

As you can see, glutathione is a key element in the healthy functioning and defense of the body which is why it’s so important to maintain adequate concentrations. It should be mentioned here that the body is able to produce glutathione itself, but as we explain below, this synthesis can be impaired by a number of factors, causing levels to fall. The use of dietary supplements can therefore prove very beneficial in enabling the body to withstand multiple external aggressions!

Returning to the subject of glutathione production in the body, this can occur in three different ways. The first, called de novo synthesis, involves the production of glutathione from three amino acids: glutamate, cysteine and glycine. It requires two stages of conversion and the intervention of the enzymes glutamate-cysteine ligase and glutathione synthetase. It takes place primarily in liver cells, the liver being the body’s principal site of glutathione production and export. The second consists of obtaining reduced glutathione, the active form, from its inactive form – oxidized glutathione. This is described as regeneration, a process that also requires enzymatic intervention. The final way is what could be called ‘resynthesis’ as it involves the recycling of the amino acid cysteine. This mechanism is controlled by a specific enzyme which enables reduced glutathione to be obtained.

Even though the body is able to produce glutathione, concentrations sometimes decrease for various reasons, and can even plummet. As mentioned, glutathione production is influenced by a number of factors. It is particularly dependent on the activity of several enzymes but this activity can be inhibited rendering these enzymes inactive. Such enzymatic inhibition thus blocks the synthesis of glutathione. A lack of energy can also disrupt these mechanisms. Lastly, glutathione production is directly linked to the amount of cysteine available in cells. When concentrations of this amino acid are too low, deficiency can develop.

We can see then, that glutathione deficiency can easily be connected to a lack of amino acids. These are the building blocks of proteins and can thus be obtained from a number of dietary sources. However, this supply is not always infallible. The most obvious problem is poor nutritional intake with inadequate levels of protein. Another, more complex reason, is poor absorption of protein, which can be caused by digestive problems or even alcohol consumption. Some forms of cancer and associated chemotherapy have also been shown to affect the amount of available amino acids.

Reduced glutathione levels may also decrease when it is supporting the body’s defense mechanisms in withstanding multiple external attacks (pollution, UV rays, environmental stress …). As mentioned, it is able to neutralize the reactive oxygen species that damage cells. In fulfilllling this protective role, reduced glutathione is converted into oxidized glutathione, at which point it becomes inactive. As a result, concentrations of active glutathione fall.

What are the consequences of glutathione deficiency?

By now you will have gathered that declining glutathione levels can have a significant impact on the body’s defense mechanisms. Indeed, several studies have been conducted on the subject. Researchers have observed that deficiency in glutathione could be involved in the development of certain health issues including:

Low glutathione levels have also been associated with premature aging. In a study of elderly individuals, those with the highest glutathione levels were found to be the healthiest. Researchers also noted a lower incidence of disease in this group. Meanwhile, an elevated status in reduced glutathione has been found to be linked to a number of processes associated with longevity, with an apparent connection between glutathione and the activity of telomerase, an enzyme which influences cell survival by maintaining telomeres. Lastly, a lack of reduced glutathione has been associated with a decline in certain of the body’s functions. This is due to cumulative damage to mitochondrial DNA which would otherwise have been reduced by glutathione’s antioxidant activity and protective effects.

What are the indications for glutathione supplementation?

As the previous paragraph shows, glutathione supplementation can help prevent deficiency. But it can also be used for preventive purposes, with widely-documented protective benefits for the body. As both an antioxidant and natural detoxifier, it also constitutes a useful ingredient for countering the effects of aging.

Where can you find glutathione?

Over the last few years, a number of dietary supplements have been developed to help restore cellular glutathione to adequate levels and thus optimise the body’s defenses. The choice of supplements has expanded over time and it is now possible to obtain highly-absorbable forms such as S-acetyl glutathione. With concurrent advances in supplement delivery systems, perlingual glutathione supplements are now available. These are simple to use and provide a form of glutathione that’s easily absorbed by the body.

At the same time, it’s important to watch your lifestyle if you want to maintain optimal glutathione activity in your body. It’s a good idea to reduce your exposure to factors that increase oxidative stress such as pollution and ultraviolet rays ... as well as your consumption of alcohol and tobacco.

N. B. New findings may emerge which may contradict or confirm the information provided in this article. If you have any doubts, please consult a health professional.

You must be connected to your account to leave a comment
Be the first to review this article
Our selection of articles
Pesticides: what should we do about the contamination of our food?

Pesticides, the substances used for killing ‘harmful’ organisms, continue to contaminate our food. Discover how to deal with these toxic compounds on a day-to-day basis.

Resveratrol: the benefits and side-effects of this ‘fountain of youth’

Resveratrol is a powerful and beneficial polyphenol found at high levels in grapes - and therefore wine. Discover its effects and in which circumstances to either prioritise or avoid it.

Accelerated ageing of the skin, joints, and hair, plus fatigue, etc … your body is at risk from oxidative stress. The good news is there are ways you can protect yourself.

Accelerated aging of the skin, joints, and hair, plus fatigue, etc … your body is at risk from oxidative stress. The good news is there are ways you can protect yourself.

If you’re over – or fast-approaching – 70 years of age, or want some advice for loved ones in this age group, this article on ‘senior’ supplements is for you.

Indispensable: the 12 fruits and vegetables with the highest polyphenol content 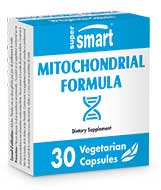