No reviews
Reviews
$17.00$34.00
-50%
Today In Stock
Best if used before 03/31/2023
Description
Tart Cherry Extract is a powerful phytonutrient with anti-aging properties.
Certificate of Analysis 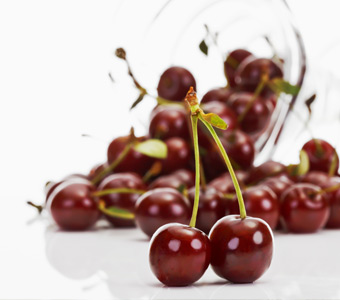 Scientists have analyzed the various constituents of sour cherries, particularly the specific anthocyanins responsible for the fruit's characteristic red colour. Although some anthocyanins are found in different types of raspberry, cranberry, blueberry, apple and grape, there are others which are only found in Tart Cherry extract (cyanidin-3-glucosylrutinoside, cyanidin-3-rutinoside, peonidin) where they act synergistically with other flavonoids (quercetin, chlorogenic acid, kaempferol).

What are the benefits associated with Tart Cherry Extract?

Studies have shown this extract to have a high ORAC index, and thus significant antioxidant capacity, due to its anthocyanin content which provides powerful protection against neurodegenerative processes.

Long-term oxidative stress can result in the death of nerve cells in the brain, contributing to the development of degenerative disorders such as Alzheimer's and Parkinson's disease, amyotrophic lateral sclerosis and cognitive decline.

Some studies suggest that anthocyanins and other constituents in sour cherries may be as effective as anti-inflammatories (NSAIDs) such as Ibuprofen (Advil) or naproxen but without these drugs unwelcome side-effects (gastrointestinal bleeding, renal insufficiency).

They act by inhibiting cyclooxygenases (COX-1 and 2) and by normalising CRP (C-reactive protein). Taking Tart Cherry Extract thus helps reduce joint and bone pain (arthritis of the knee), as demonstrated in a double-blind clinical trial involving 58 patients over a three-week period. In addition, it normalises levels of uric acid and means significantly lower doses of drugs (allopurinol) are needed to treat attacks of gout.

Obesity, systemic inflammation, hyperlipidaemia and hyperglycaemia are among the components of metabolic syndrome which over the long term can give rise to type 2 diabetes and cardiovascular disease.

Inhibits the progress of some cancers at an early stage

The specific anthocyanins in sour cherry prevent the development of cancer, particularly of the colon and cecum, by inhibiting the activity of the genes responsible, and at the same time blocking the angiogenesis mechanism and maintaining the apoptosis mechanism. These valuable substances can also alter the messages delivered by cell signallers such as tumor necrosis factor (TNF).

Human studies have demonstrated the efficacy of sour cherry extract in preventing muscle damage and loss of muscle strength associated with intensive physical exercise, with researchers observing improved muscle recovery, less inflammation and oxidation, and fewer aches and pains. This property is particularly important in cases of sarcopenia, which is characterised by loss of bone and muscle mass and reduced muscle strength.

Composition
Directions for use
adults. Take 1 capsule a day.
No reviews for this product yet