No reviews
Reviews
$20.40$34.00
-40%
Today In Stock
Best if used before 12/30/2022
Description
Super Shilajit contains an extract of shilajit standardized to provide 60% fulvic acid.
Certificate of Analysis 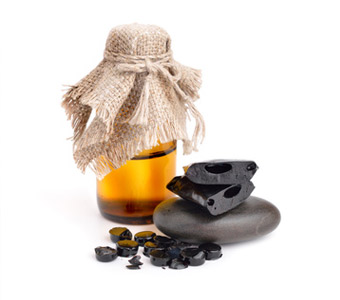 «Primavie», a purified shilajit extract standardized in bioactives, particularly fulvic acid, is the result of many years' work aimed at ensuring the highest bioavailability for its ingredients. This new, scientifically supported form of an ancient and renowned ayurvedic tonic, is a natural, effective, safe and polyvalent product which can be taken either long-term or when required.

Shilajit is one of oriental medicine's most highly regarded tonics. It features in ancient ayurvedic texts dating back more than 3000 years. Traditionally, it has been used more for its tonic and adaptogen properties. Ayurvedic practitioners have long claimed there are few treatable diseases which cannot be managed or cured by shilajit. For over 25 years, modern medicine has been engaged in research to confirm the basis of these claims and scientists are working to evaluate its mechanism of action and to identify its effects.

In its natural form, shilajit is a bituminous substance which, during the hot season, oozes from craggy rocks in the foothills of the Himalayas and which is also found in Kashmir, Pakistan and Tibet. A compact mass of vegetable matter, Shilajit contains 84 different minerals in their natural organic and ionized forms, benzopyrones, triterpenes, phenolic lipids, humic acid and fulvic acid. The latter is particularly effective at transporting molecules and has multiple beneficial properties.

What do studies show about Shilajit?

You can now buy Super Shilajit, a supplement containing «Primavie» shilajit standardized to provide 60% fulvic acid, in vegetarian capsules. «Primavie» shilajit health benefits have been confirmed in recent research conducted at the University of Benares and published in the Indian Journal of Chemistry:

Buy your Super Shilajit supplement today and enjoy the benefits of this traditional ayurvedic tonic, now available in vegetarian capsules.

Composition
Directions for use
Adults. Take 2 capsules a day. Each capsule contains 250mg of PrimaVie™. Contra-indicated in cases of kidney stones.
No reviews for this product yet