No reviews
Reviews
$36.00 In Stock
Description
Calcium D-glucarate is an antioxidant detox supplement.
Certificate of Analysis 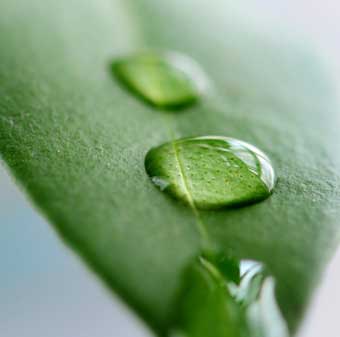 Calcium D-glucarate is a powerful antioxidant supplement delivered in vegetarian capsules, that provides detoxification benefits by helping to eliminate excess hormones and toxins such as mercury, nicotine, paracetamol, non-steroidal anti-inflammatories and other medication residues.

What is Calcium D-glucarate?

Calcium D-glucarate is the calcium salt of D-glucaric acid, a substance naturally present in small amounts in the body as well as in fruits and vegetables such as grapefruit, apples, oranges, broccoli and Brussels sprouts. Free from side-effects, calcium D-glucarate constitutes a major antioxidant because of its effect on a particularly important phase of the detoxification process: glucoronidation.

Glucoronidation is the most important conjugation reaction in phase II detoxification. During this phase, carcinogenic chemicals, steroid hormones and other fat-soluble toxins bind to glucuronic acid in the liver and can then be excreted through bile and subsequently eliminated from the body in stools.

What are the benefits associated with Calcium D-glucarate?

Glucurolactone is known to have a direct and powerful inhibitory effect on beta-glucuronidase, an enzyme produced by microflora which is able to deconjugate toxins. Calcium D-glucarate supplementation impedes the action of this enzyme, thus increasing excretion of potentially toxic or carcinogenic compounds. It should, therefore, be included in any detoxification program and hepatitis treatment because it promotes the elimination of toxins such as mercury, nicotine, paracetamol, non-steroidal anti-inflammatories and other medication residues.

Glucuronidation is also the principal mechanism through which steroid hormones, particularly estrogens such as oestradiol, are broken down and excreted. However, this normal process can sometimes be impeded by beta-glucuronidase which releases estrogens into the bloodstream. By inhibiting this enzyme, calcium D-glucarate reduces the total estrogen load on the body as well as that of other hormone metabolites. It is therefore particularly recommended for premenopausal or menopausal women whose estrogen levels remain too high.

What do studies say about Calcium D-glucarate?

For an optimal detox, it can also be combined with other nutritional supplements available to buy at Supersmart such as Cruciferous Detox Formula, a blend of cabbage extracts known for their detoxifying action in the liver. The supplement Colon Cleanse Formula may also be of interest for effective detoxification of the colon. Discover too the innovative formulation Lectin Flush for eliminating lectins, proteins implicated in some instances of food hypersensitivity. Totally free from side-effects, this supplement can be taken in high doses to boost the body's natural detoxification processes.