No reviews
Reviews
$27.00 In Stock
Description
Weight Loss Booster is a natural formula to accelerate weight loss.
Certificate of Analysis 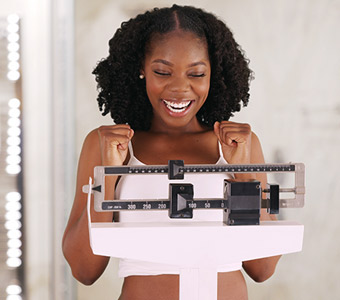 Weight Loss Booster is a completely new formulation in vegetarian capsules, that mobilises two complimentary weight-loss mechanisms in a simple and natural way: appetite control and increased base metabolism.

What are the benefits associated with Weight Loss Booster capsules?

Satiereal is a highly concentrated extract of saffron (Crocus sativus), (it takes as much saffron to make 200 mg of Satiereal as it does 40 paellas) with a content of 0.3% safranal, its active principle. There is a patent pending for its satiogenic activity and two clinical studies have detailed its effects:

Raspberry Ketones is a new slimming ingredient that has become popular in the United States after being endorsed on the well-known Doctor Oz television show. These natural ingredients are responsible for raspberry's taste, but you would have to eat 15kg of raspberries to obtain the same amount of ketones necessary for its slimming benefits. Ketones are chemically close to capsaicin in chili peppers and similarly help to raise the body's base metabolism and thus burn more calories for no extra physical effort.

Weight Loss Booster is designed to boost the action of Weight Loss Formula or Advanced Fat Burner, both available to buy at Supersmart. If you already take one of our cutting-edge slimming formulations, Weight Loss Booster will provide a safe boost to give your diet a ‘kick start' or help if it has hit a plateau.

Buy Weight Loss Booster to boost your metabolism and increase the feeling of satiety.

Composition
Directions for use
adults. Take two capsules a day, one before each main meal.
No reviews for this product yet