No reviews
Reviews
$23.00 In Stock
Description
5-Hydroxytryptophan is a natural supplement from the plant Griffonia Simplicifolia.
Certificate of Analysis 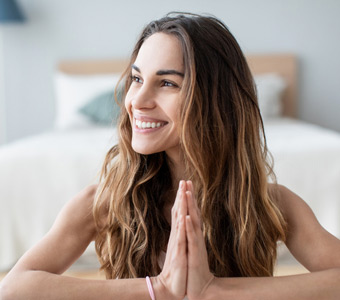 5-HTP supplement is a natural extract of Griffonia Simplicifolia that acts as a serotonin percursor, often highlighted for its anti-fatigue properties and recommended as an effective, natural anti-depressant.

The molecule 5-HTP, or 5-Hydroxytryptophan, is found in its natural state in the seeds of Griffonia Simplicifolia, a climbing plant indigenous to Central and West Africa.

5-HTP is a derivative of the amino acid tryptophan. Once absorbed by the body, 5-HTP crosses the blood-brain barrier and is converted in the brain into serotonin, an inhibitory neurotransmitter involved in many biological processes. Serotonin plays a role in controlling circadian rhythms or bio-rhythms and is thus central to the regulation of sleep, anxiety, appetite and mood.

How does 5-HTP supplement influence serotonin?

Given its role in regulating the body’s biorhythms, maintaining serotonin at sufficient levels is clearly essential. It can be produced in various ways including through the conversion of 5-HTP. 5-HTP is the direct precursor of serotonin, produced naturally by the body from tryptophan.

Tryptophan is an essential amino acid which means it cannot be produced by the body and has be obtained from external sources, either from certain foods or from dietary supplements such as our product L-Tryptophan. Ingested tryptophan is then first converted into 5-HTP and then into serotonin, by the action of vitamin B6. Research has enabled this serotonin conversion process to be simplified by extracting 5-HTP from certain plants and formulating it into dietary supplements. As an immediate serotonin precursor, 5-HTP benefits thus include facilitating serotonin production in the brain.

What do the studies show about 5-HTP?

5-HTP’s role as a serotonin precursor has made it the subject of numerous studies.

Our product has been specially formulated to offer the properties and benefits of 5-HTP. Each capsule contains 50mg, making the recommended 5-HTP dosage two capsules a day. For optimal efficacy, they should be taken on an empty stomach, ideally two hours after a meal.

Because of this compound’s effects, certain precautions are necessary. This supplement should not be taken at the same time as anti-depressant drugs and it is important not to exceed 200mg of 5-HTP in 24 hours without medical supervision. If in any doubt, seek guidance from your therapist.

Composition
Each capsule contains 50 mg of 5-HTP.
Directions for use
Take 2 capsules per day on an empty stomach, preferably two hours after the evening meal.
Important: Do not take 5-HTP simultaneously with anti-depressants!
Do not exceed 200 mg per day without medical follow-up.
No reviews for this product yet