No reviews
Reviews
$49.00 Out of stock
Description
Sodium R-lipoate, a sodium salt of R-alpha-lipoic acid with greater bioavailability.
Certificate of Analysis 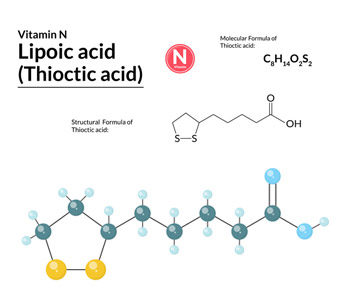 What are the benefits associated to Sodium R-Lipoate capsules?

R-alpha-lipoic acid's efficacy and superior benefits over other forms have been demonstrated in numerous studies which suggest, in particular, that it:

Buy Sodium R-lipoate today and benefit from its antioxidant properties.