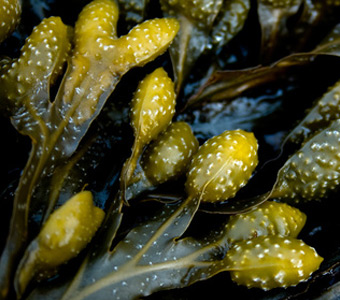 Are you aware of just how important iodine is for our health? This trace element is integral to the healthy functioning of the human body: it plays a role in regulating body temperature, reproduction, growth, general metabolism, the formation of blood cells, the development of the nervous system and even heart function!

Too little iodine can lead to enlargement of the thyroid gland and impaired thyroid function, which in turn can result in cardiac disorders (palpitations) and weight problems. It is thus essential to ensure a balanced intake of iodine, taking care to check its provenance in order to ensure an adequate content. It’s worth noting that 2-3% of the population suffers from hypothyroidism, the main symptoms of which are weight gain, fatigue, muscle weakness, brittle hair and nails and increased sensitivity to cold. Such individuals are normally deficient in iodine, have poor pituitary gland function or suffer from auto-immune diseases.

At present, however, iodine deficiency is relatively rare, the reason being that some years ago, the health authorities decided to take steps to prevent such deficiency by adding iodine to table salt. In other words, most people depend on salt and salted foods (such as ham, ready meals or savoury crackers) for an adequate iodine intake.

Yet salt is known to have a particularly adverse effect on blood pressure and vascular health in general. What’s more, average salt intake in all Western countries is much higher than that recommended by the World Health Organization (a maximum of 5g a day), regularly exceeding as much as 20g a day.

How can you maintain an adequate iodine intake but at the same time reduce your consumption of salt?

While lowering salt consumption is essential, it’s nonetheless important to maintain your intake of iodine. To do so, you need to eat naturally iodine-rich foods - which are not that plentiful in the diet. Among the best sources are seafood, fish (anchovies, sardines, mackerel etc) and certain types of seaweed such as Ascophyllum nodosum, also known as ‘knotted wrack’ or ‘kelp’ in North America. This is a particularly useful source of iodine as it also contains specific polysaccharides called fucans which offer a number of health benefits. It’s widely used as a replacement for salt, an aid to slimming diets as well as for its nutritional properties.

When ingested in sufficient amounts, it thus contributes to:

Given that the WHO also recommends restricting fish consumption (due to methylmercury exposure which is toxic to the human central nervous system), seaweed constitutes by far the best option for ensuring a healthy iodine intake. There are also other algae which are highly beneficial to health such as spirulina (the best extract being without doubt Spirulina 498.5 mg).

What are the health benefits of Natural Iodine and a course of iodine supplements?

2. It helps with weight control (as a slimming supplement)

Where can you find Ascophyllum nodosum?

The best source of this beneficial seaweed is to be found in the clear, uncontaminated waters along the west coast of Scotland (the famous Outer Hebrides). Once harvested, it is turned into powder and microencapsulated to ensure maximum activity and increased bioavailability.

In short, the recommended daily dose is 1-2 tablets of iodine each of which contains 500 mg of Geeseanutra® ;, an extract of Ascophyllum nodosum standardised to 650 ppm of iodine. This dosage is not associated with any contraindications and delivers the seaweed’s benefits as described above. Supplementing with iodine when reducing your salt intake is a sensible measure but it is even better to take an iodine extract obtained from seaweed.

Depending on the state of your health, it can be combined with Natural Thyro Formula, an enhanced formulation for promoting thyroid balance, and Coleus Forskohlii, a plant extract that stimulates thyroid function.