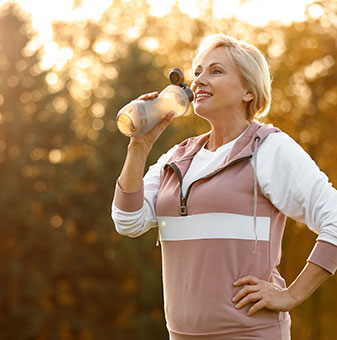 Indium is a very rare trace mineral, element number 49 on the Periodic Table. While Indium does not appear to be present in the food chain, traces are, however, found in the human body but only up to the age of 30. Between 1980 and 1999, a number of patents were taken out for nutritional applications of indium sulfate, a water-soluble and bio-available form of indium, because of the many health benefits supplementation seems to offer. Moreover, this form of indium was granted GRAS status - Generally Recognized As Safe - in 1999 by the American administration.

What are the benefits associated with Indium Energy®?

While these results obviously need further validation, they have aroused great interest among alternative therapists, with a huge number (over 1000) of anecdotal reports appearing to confirm them. If Indium had only a tenth of the properties attributed to it by these anecdotal accounts, it would still be, without doubt, an exceptional nutritional supplement.

It is not our practice to cite such anecdotal reports, however numerous and well-founded. Interested readers may, therefore, wish to consult two references, Indium, the missing trace mineral', by Robert Lyons, ND and Indium, the age-reversing trace element', by medical journalist Morton Walker. One thing is certain: indium sulfate can be used without risk, existing results appear to offer proof and there is potential for significant findings. This product therefore deserves to be tested. Each box of Indium Energy is sufficient for 90 days' supplementation, the amount of time necessary for you to make up your own mind.

Composition
Each tablet contains 24 mg indium sulfate and other minerals which indium helps the body to use more effectively :

Directions for use
Take a tablet with 20 cl water as soon as you get up. Wait half an hour before eating or drinking.
No reviews for this product yet

Subscribe to our newsletter
and obtain a 5% permanent discount
Our selection of articles
What are the best supplements for the menopause?

Marking a natural and inevitable change in female hormone production, the menopause normally starts between the ages of 45 and 55 and is often accompanied by a number of troublesome symptoms. Discover which natural remedies are most effective at easing a woman’s path through the ‘change of life’.

Which supplements should you take after having a baby?