No reviews
Reviews
$28.00 Out of stock
Description

Hesperidin Methyl Chalcon is an extract of Citrus aurentium standardized to 98%. 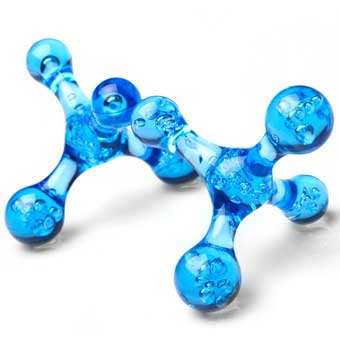 Our hesperidin methyl chalcone (HMC) supplement is an extract of Citrus aurantium, standardized to 98% and delivered in vegetarian capsules. It supports venous health and improves blood circulation.

What is Hesperidin Methyl Chalcone?

Hesperidin methyl chalcone is a methylated derivative of the flavonoid compound hesperidin. It is found in several fruits, particularly citrus fruits, the majority of which are grown in Spain. The compound takes the form of a pale yellow, slightly bitter, water-soluble powder.

It is widely used in Japan, as well as in Europe both as a nutritional supplement and as an ingredient in cosmetics. It is also available in pharmacies, mainly in combination with other plants, such as butcher's broom, for treating circulation problems.

Unlike hesperidin itself, hesperidin methyl chalcone is easily solubilized, facilitating its absorption in the gastrointestinal tract. Like all flavonoids, HMC is a powerful antioxidant, and it’s excellent for optimizing eye health and protecting the cardiovascular system from oxidative attack.

But its primary activity, widely supported by clinical studies, lies in maintaining blood vessel integrity and strengthening the capillary network:

These latter developments suggest that HMC may also play a key role in approaches to age-related disorders — preventing and even treating them. But it is really the compound's overall effects, particularly those related to general circulatory problems, which make such a strong case for supplementing with this very safe product — ideally at a dose of 500–1000 mg a day for 2–3 months.

What do studies show about HMC?

A double-blind, placebo-controlled study of healthy volunteers showed that HMC acts on circulation and vein thrombosis by reducing capillary filtration levels and increasing blood volume. Other research has shown a general improvement in circulation and decreases in viscosity and swelling of the legs.

Together, these properties contribute to cardiovascular health protection, even if the effect is not specific to the components of HMC. A number of compounds, particularly butcher's broom (Ruscus aculeatus) and Vitamin C act synergistically with HMC, significantly boosting its effects.

Similarly, at a conference in San Diego in August 2016, scientists reported considerable progress from combining HMC with DHA (one of the three omega-3 fatty acids the body needs to function properly) and with 90% caffeine-free green tea extract, luteolin and apigenin. This was in the context of evaluating how neurogenesis occurs, the process by which functional neurons are generated from neural stem cells.

How should you take our HMC supplement? We recommend adults take two capsules daily, one in the morning and one at night, totaling 1000 mg for two to three months. Each capsule contains 500 mg of extract of Citrus aurantium, standardized to 98% HMC.

When taken by mouth, the supplement is considered safe for most people to take as long as six months. Safety beyond that time is unknown and HMC should not be taken longer than that.

While investigating the various hesperidin methyl chalcone uses, you also want to note some special precautions. If you are pregnant or breastfeeding, you may want to speak to a healthcare professional.

Because this supplement can also interfere with many medications, you will want to talk to your healthcare provider before starting any new regimen if you’re currently taking any.