No reviews
Reviews
$49.00 In Stock
Description
Saikosaponin A has been specifically selected and isolated in order to activate the P16 tumor suppressor gene.
Certificate of Analysis 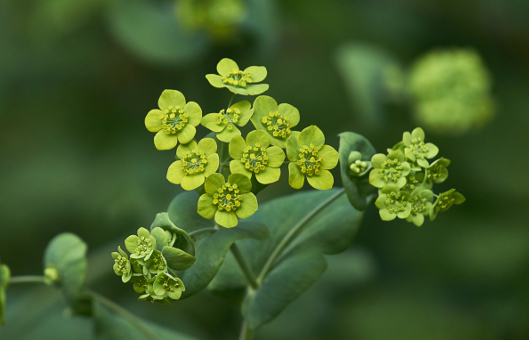 Saikosaponin in vegetarian capsules is a new genetic cell detoxifier that could extend lifespan by activating the P16 tumor-suppressing gene. Researchers are constantly and actively engaged in the quest to hold off the ravages of aging and extend human lifespan. The latest advances in genetics are generating significant new optimism1.

What do studies show about Saikosaponin?

Scientists have made a genetic breakthrough which they say could extend human lifespan and even protect against cancer. Experiments on mice have shown that their lifespan could be prolonged by up to 45%, without developing cancerous tumors. This suggests that under certain conditions, humans could live to almost 125 years, cancer-free, because the genes thought to be responsible are naturally present – and have identical roles - in both mice and humans. Geneticists and cancer experts have reached the same conclusions on the identification and role of these genes.

Manuel Serrano, a Spanish researcher at the CNIO, told a conference: “When P53 and P16 genes were activated in mice, cancer incidence was reduced to practically zero”. The Spanish scientists concluded that the activation of three genes – telomerase, P53 and the tumor-suppressor P16 – represented a major contribution to the prevention and regression of tumors by apoptosis (programd cell death). They added: “We do not think that the mice lived longer because they didn't have cancer, but because these genes protected them against aging”.

This is, therefore, the first time that scientists have been able to prolong lifespan in mice in this way (by inserting an extra copy of the three genes), while protecting them from cancer. Until now, the mice were aging without cancer, but their lifespan did not increase significantly. And only calorie restriction enabled their life expectancy to be extended. These transgenic mice, able to self-reproduce, have strengthened their new DNA model, thus creating a group of “supermice”, with longer lifespans of 4.5 years compared with the average 3-year lifespan, and that benefit from optimal protection against cancer.

What are the benefits associated with Saikosaponin?

Bupleurum falcatum or buplevre, belongs to the Apiacaeae plant family and is used in traditional Chinese and Japanese medicine. It is widely considered to be a cell detoxifier that helps fight chronic infection and inflammatory conditions (particularly hepatitis). Bupleurum has recently increased in popularity due to favourable results achieved in cancer treatment. Its active principles are the saikosaponins A, B, C and D. Of these, it is the A form, a triterpenoid glycoside, that activates the tumor-suppressing P16 gene, but it is extremely rare and expensive - you would need to consume 50g of Bupleurum to obtain 4mg saikosaponin A. This new plant substance - saikosaponin A – has been specifically selected and isolated in order to activate the P16 tumor suppressor gene2.

What are the recommendations for Saikosaponin supplementation?

The benefits of saikosoaponin A capsules are enhanced when it is combined, though not simultaneously, with other anti-aging substances. Supplementation with saikosaponin A is recommended on a non-continuous or alternating basis, ie, every other week, with Astragaloside IV or Cycloastragenol, which activates the telomerase gene, and with Resveratrol and its derivatives, which activate the P53 gene, all available to buy at Supersmart. Though it is still too soon to establish a strict administration protocol for this product, the following can be used as a basis:

Caution: as saikosaponin A is a vasodilator, comparable to niacin, it should not be taken by anyone using coronary vasodilators, or by pregnant women or nursing mothers.

Buy Saikosaponin A to benefit from its cell detoxifier properties.

Composition
Directions for use
Adults. Take 3 vegetarian capsules a week, on alternate weeks.
Caution: saikosaponin A is a vasodilator: it should be avoided by women who are pregnant or breastfeeding, and those using coronary vasodilators.
*It is still too soon to establish a strict administration protocol for this new product. Some people take saikosaponin A in the evening, and astragaloside IV and/or cycloastragenol in the morning. Others alternate these products every other day. No adverse reaction has been observed to date.
No reviews for this product yet