For thousands of years, Ayurvedic medicine has successfully relied on diet and the use of plants to take care of the body and mind. Discover 8 essential Ayurvedic medicinal plants.
Contents
Rédaction Supersmart.
2021-07-28Commentaires (0)

Ayurveda: a traditional system of medicine dating back more than 2500 years

The millennia-old traditional Indian system of medicine Ayurveda, or Ayurvedic medicine, is based on mind-body harmony. That’s why it has come to be a major source of inspiration and reference for modern naturopaths (1).

A sister science to yoga, Ayurveda is all about achieving equilibrium in the body by eating a healthy, balanced diet, and above all, by using plants with specific benefits. Its logic runs counter to Western medicine since Ayurveda takes a preventive rather than curative approach (2). Without further ado, let’s look at its 8 key plants.

Known in Sanskrit as the 'incomparable one', tulsi, like mint, is an aromatic plant from the lamiaceae family. It is also thought to be an incarnation of the goddess Lakshmi, hence its moniker 'beloved of Vishnu'.

This Ayurvedic plant is particularly associated with combatting stress and helping to revitalise the body (3-4). You’ll find it in certain synergistic formulations, combined with other stress-busting compounds (such as the supplement Adrenal Support).

Its resin has been used for thousands of years in India, China and Africa, particularly for burning during religious ceremonies. The smoke it emits is believed to induce a meditative state and spiritual awakening in those taking part in these rituals.

But boswellia is also known to have more direct benefits for health. Extract of Boswellia serrata is particularly associated with supporting joint comfort(5). In terms of supplements, it’s best to opt for an oral boswellia supplement with a high AKBA content(such as Super Boswellia). Boswellia is also available as a topical cream for applying directly to joints.

A perennial plant from the Zygophyllaceae family, Tribulus terrestris, also known as Maltese Crosse, grows naturally in the hot, dry regions of Asia and Africa.

Its medicinal properties have been known for thousands of years and Tribulus terrestris forms part of the Ayurvedic pharmacopoaeia and Chinese medicine.

With a high content of saponins and protodioscins, Tribulus terrestris plays a role in supporting good respiratory and cardiovascular health, as well as a healthy nervous system and strong immunity (6). It is used, in particular, for its effects in supporting healthy sexual activity, namely hormone and sex organ function (try the supplement Tribulus Terrestris).

A sacred plant, Bacopa monnieri is known as brahmi in Ayurveda. It is an element of the traditional Indian pharmacopoeia highly-prized by monks and yogis who believe that Bacopa monnieri helps elevate the mind to enable them to reach a state of universal consciousness.

We’d recommend choosing a bacopa supplement with a high level of bacosides (such as the product Bacopa monnieri).

Barberry and its ingredient, berberine

Berberis vulgaris, barberry, Coptis chinensis, Berberis aquifolium, Hydrastis canadensis... What all these plants have in common is a powerful plant alkaloid called berberine. It is this compound which has made these plants a key feature of Western and Chinese traditonal medicine for thousands of years, as well of course, as Ayurveda.

According to the many studies conducted on berberine in recent years, it appears to function primarily by activating AMPK, an enzyme that plays an important role in cellular energy homeostasis.

Hence berberine-rich plants are able to support cardiovascular and gastrointestinal health, as well as glucose metabolism (8). The supplement Berberine notably contains 97% pure berberine (the maximum available on the market).

A popular cooking ingredient, turmeric root is easily recognized by its bright orange color and spicy flavor. It is widely used in Indian curry dishes.

It contains curcuminoids, active ingredients packed with health benefits. Turmeric thus helps to support the immune system, as well as the respiratory and cardiovascular systems. It also has antioxidant properties.

When it comes to supplements, you can choose between one with a high curcumin content (such as Natural Curcuma) or one that combines standardized curcuminoids and natural phosphatidylcholine for increased absorption (such as Super Curcuma).

A shrub belonging to the Solanaceae family, which also includes tomatoes, potatoes and aubergines, Withania somnifera, better known by its Ayurvedic name ashwagandha, is a multi-beneficial plant which has been used in traditional Indian medicine for millennia.

Rich in steroidal lactones, alkaloids, flavonoids, phenolic acids, fatty acids and tannins, ashwagandha has adaptogen properties, hence its name ‘healing leaf’ in Yemen where it has been recognized for thousands of years (9).

However, it is ashwagandha’s benefits for mental health and relaxation which are responsible for its popularity today. Make sure you choose a supplement that’s free from withaferin A, a known cytotoxic compound (opt for Super Ashwagandha for example).

A plant that grows like a weed in tropical regions, velvet bean, or Mucuna pruriens, is a legume adopted by all traditional pharmacopoaeia, from Africa to Asia - which is how this purple bean came to be a master plant of Ayurveda.

And in 1937, an Indian scientist highlighted the various active ingredients of this miracle plant: L-dopa, a precursor of dopamine, a number of specific alkaloids, proteins, oleic acid, linoleic acid, palmitic acid, NADH, coenzyme Q10 and sterols (10).

As a result of all these active ingredients, Mucuna pruriens provides support for the nervous system. To obtain maximum benefit, choose a supplement rich in L-dopa (such as Mucuna pruriens).

As you can see, these Ayurvedic medicinal plants cover a wide range of applications, from mental, gastrointestinal and cardiovascular health, to memory, weight loss and sexual activity. And there are many more besides! They include neem, good for the liver and natural defenses, aloe vera, beneficial for the skin and gastrointestinal health,moringa which helps control blood sugar levels, etc.

You must be connected to your account to leave a comment
Be the first to review this article
Our selection of articles
What are the best ways to use medicinal plants?

Infusions, powders, capsules … If you’ve always wanted to master the subtle art of phytotherapy, then take our quick tour of the main ways of using medicinal plants to support your health naturally.

How are dietary supplements produced?

Why is it best to combine vitamin B6 with magnesium?

When it comes to the trace-element magnesium and vitamin B6, there’s strength in unity. Discover why you should combine the two.

What is the best dietary supplement available?

It’s a question many of us ask but to which there’s no clear-cut answer, as supplements usually meet specific needs. Read on for our view on the subject.

Which foods and supplements should be kept in the refrigerator?

Let’s get rid of any misconceptions with a list of foods and dietary supplements that either do or don’t need to be refrigerated. 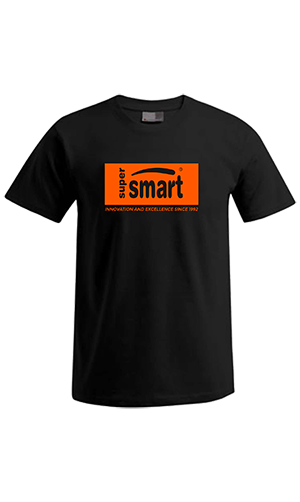