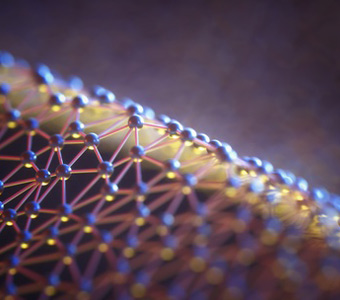 What are the benefits associated to Calcium-AEP?

As a result of its vital role in cell function and survival, calcium AEP offers considerable potential for the prevention and treatment of illnesses that affect cell structures. That is why it remains the focus of numerous scientific studies. Though its full potential has yet to be revealed, researchers believe it has many benefits and mechanisms of action, now available to buy in supplement form.

Why is the importance of supplementing with Calcium AEP?

Calcium AEP’s vital role also helps protect cells against certain types of damage. This specific form of calcium may thus offer potential against diseases involving the degeneration or breakdown of cells. It is, for example, being investigated for preventing, inhibiting or treating multiple sclerosis. This is an autoimmune disease which results from demyelination in the central nervous system, the destruction of the protective myelin sheath that normally surrounds nerve cells.

The disease is caused by a dysfunction in immune cells. While these are normally involved in protecting the body by destroying harmful agents, they instead turn on the cells of a person suffering from multiple sclerosis, attacking, in particular, the cells that produce the myelin sheath. Without this protective sheath around nerve cells, lesions develop in the form of sclerotic plaques which gradually lead to motor, sensory and cognitive problems. While there is as yet no treatment for the disease, current studies on calcium AEP are providing new hope.

The numerous scientific studies on calcium AEP confirm its crucial role and therapeutic potential. To deliver the benefits of this specific form of calcium, our dietary supplement has been formulated to provide 500mg per capsule, available to buy at Supersmart's. With a recommended dose of three capsules a day, one capsule to be taken with each meal. This dose can be adjusted in line with your needs and the advice of your therapist.

Composition
Each vegetarian capsule provides 500 mg of calcium AEP (Calcium 2-amino ethyl phosphoric acid), an essential component in the structure of cell membranes.
Directions for use
Take three capsules a day - one with each meal.
No reviews for this product yet

Subscribe to our newsletter
and obtain a 5% permanent discount
Our selection of articles
CBD: why do we humans have an endocannabinoid system?

Often felt as severe throbbing in the head, a migraine is painful and incapacitating. Here are 7 tips for relieving these much-dreaded headaches naturally.