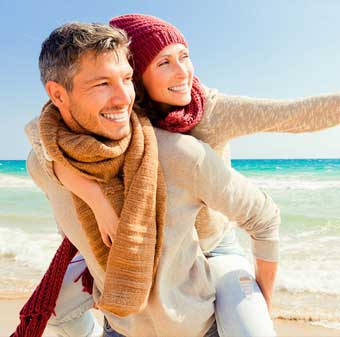 Natural Anti Prolactin Support is an exclusive formula combining several substances with potential to clinically lower elevated prolactin levels. Keep reading to find out what prolactin is, who should consider taking supplements to lower prolactin levels, and what ingredients are in this unique formula.

What is prolactin and why should you be concerned about it?

Prolactin is a peptide hormone secreted by lactotropic cells in the anterior pituitary. Comprising 199 amino acids, it has a similar structure to the growth hormone. Prolactin binds to specific membrane receptors (mammary glands, ovaries, uterus, testes, etc.) and has multiple properties:

Prolactin is regulated by dopamine, which inhibits its release, PRH (prolactin-releasing hormone), and TRH (thyrotropin-releasing hormone), which stimulate its production in the same way as estrogen — by reducing dopamine secretion and acting directly on the pituitary gland. Orgasms increase the release of prolactin, the effect of which can be felt for several hours.

Who should take supplements to lower prolactin?

While prolactin has health benefits, it also has negative effects on both men and women, particularly when present at excessive levels. Hyperprolactinemia, the presence of excessive prolactin levels in the blood, is a common problem. Excess prolactin may be due to a variety of factors: pituitary adenomas, psychotropic drugs, or dopamine antagonists (domperidone).

The loss of libido caused by hyperprolactinemia may be accompanied by fatigue, depression, and weight gain. It is usually caused by the ingestion of dopamine agonist substances.

Taking Natural Anti Prolactin Support may help prevent these problems, without causing the side effects in some of the pharmaceutical products that are prescribed for such conditions.

In most cases, prolactin levels should fall into these ranges for women and men:

If you are looking for ways to lower prolactin levels, you may find some relief with natural supplements.

High-quality supplements to lower prolactin levels naturally include ingredients that reverse the effects of high prolactin levels. So, what is anti prolactin and what benefits might you receive from taking Natural Anti-Prolactin Support?

By taking an anti-prolactin hormone, you may be able to inhibit the excessive production of prolactin.

This is especially important if you are attempting to conceive, as prolactin has a significant impact on fertility in men. Also, women can get relief from excessive breast milk production while also restoring a regular menstruation cycle. Because prolactin can cause vaginal dryness and painful or uncomfortable intercourse, an anti-prolactin support supplement may even promote overall sexual health.

The best supplements to potentially help lower prolactin contain a combination of ingredients designed to support your pituitary system for overall better health. Below are the ingredients in Supersmart’s supplement.

Those nutrients and plant extracts are as follows:

Natural Vitamin E is called d-alpha-tocopherol but studies now show it is better to consume the full Vitamin E spectrum — i.e. all the Natural Tocopherols, antioxidant properties of which are widely acknowledged. A recent study showed that a high dose of natural tocopherols, such as that in Natural Anti Prolactin Support lowered prolactin levels by almost 70 percent. This study also showed a reduced risk of prostate cancer for older men who used tocopherols for natural anti-prolactin support.

Like all B group vitamins, Vitamin B6 has many functions within the body. It improves mood and plays a role in maintaining normal blood pressure and blood sugar levels. But it is also essential for testosterone production and it regulates prolactin levels through modulation of dopamine receptors in the hypothalamus while also increasing levels of the growth hormone, especially during physical exercise.

A study of Vitamin B6 and prolactin shows that high doses work as a safe inhibitor. Plus, this natural remedy is often cheaper and has fewer side effects than other prescribed dopaminergic drugs.

Prolactin levels are also directly linked to zinc. In fact, a number of studies show that zinc deficiency increases levels of prolactin. Zinc plays an important role in hormone homeostasis, interacting with the majority of hormones. This includes, in particular, those of the pituitary gland, such as prolactin — known to stimulate unwelcome production of dihydrotestosterone — on which zinc has an inhibitory effect.

Mucuna pruriens, standardized in L-dopa, inhibits prolactin production in a similar way to bromocriptine and L-dopa, without producing any known side effects. It may significantly increase sperm numbers and activity in infertile subjects as well as improve dopaminergic functions in both fertile and infertile individuals.

Ashwagandha (Withania somnifera), also known as Indian ginseng, is a GABA agonist and a recognized adaptogen, widely used to help individuals relax and “let go” during stressful periods. Studies show this natural substance can have a profound impact on the reproductive system.

Extract of American ginseng root (Panax quinquefolius) has been shown in studies to almost halve prolactin levels in studies on rats. It also improves erectile function by increasing the production of nitric oxide (NO) through targeting of the dopamine system, while still reducing levels of prolactin.

Extract of maca root may help raise levels of dopamine and NO. Therefore, it can have a positive effect on erectile problems and reduced fertility. It may also significantly lower prolactin levels.

Each container of our supplements to help lower prolactin levels contains 120 vegetarian capsules. For most adults, we recommend taking four capsules a day to counteract the prolactin hormone. If you take the recommended dosage, this anti-prolactin supplement provides you with a 30-day supply.

While more research needs to be performed, most people can safely take these natural supplements. However, it is best to speak with your healthcare provider before taking any new supplement.

Additionally, if you have underlying health conditions or are taking medications, you should review your supplement regimen with a physician to ensure nothing will interact negatively.

More research also needs to be performed to determine the safety of taking this supplement while breastfeeding or pregnant. For this reason, it is recommended that expecting and nursing mothers avoid this supplement until more testing is done. Buy Natural Anti Prolactin Support at Supersmart today.

This product works great! Has been an important part of my supplement routine.
References

Subscribe to our newsletter
and obtain a 5% permanent discount
Our selection of articles
Which supplements should you take after having a baby?