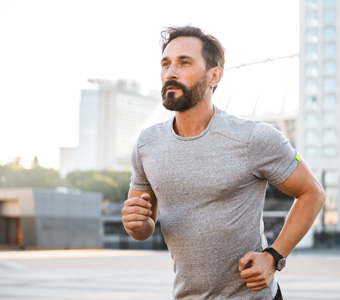 Extensively studied, citrulline offers considerable benefits for sportspeople keen to improve their performance. Like taurine, citrulline may help reduce the accumulation of ammonia in the body, so preventing cramp, soreness and muscle fatigue.

As a precursor of arginine, citrulline also promotes the production of nitric oxide, a compound with vasodilatory effects beneficial for muscle activity. To increase nitric oxide synthesis, other arginine supplements are available such as the complexes Acetyl L-Carnitine Arginate and Arginine Silicate Inositol, and the specific form Arginine Alpha Ketoglutarate.

Citrulline is a non-essential amino acid which the body produces from other nutrients under the right conditions. Together with ornithine and arginine, citrulline plays a particularly important role in what is called the urea cycle, in the liver.

In the course of this cycle, the toxic ammonium ion is converted into urea. Any disturbance to this cycle - which is essential for eliminating toxic metabolites of nitrogen - can result in a lethal build-up of proteins such as ammonia in the blood. Citrulline or arginine supplements are often recommended to treat such problems. Citrulline is also a precursor of the arginine produced during this cycle.

What do studies show about L-Citrulline?

Composition
Each dosette contains 2.25 g of L-citrulline
Directions for use
Adults. Take one and a half scoop (3-4 g) once or twice a day as required, or as advised by your therapist.
No reviews for this product yet