Daily 6®
Tiredness and Lack of energy

No reviews
Reviews
$89.00 In Stock
Description
Daily 6® is a multivitamin formula designed to provide all the essential nutrients.
Certificate of Analysis

Price summary
Total price of the offer
$172.00
Add To Cart 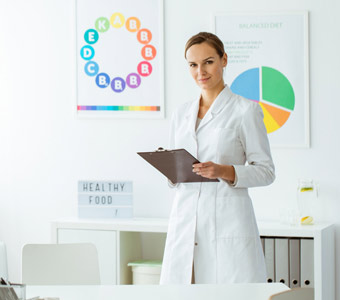 Daily 6® is a cutting-edge nutritional supplement containing scientifically supported nutrients that compensate for the ills and inadequacies of modern lifestyles (nutrient-poor and unbalanced diets, stress, pollution), now available to buy at Supersmart.

Based on the latest scientific research, this new formulation is designed to provide all the essential nutrients needed to maintain optimal health and well-being. It combines vitamins and minerals in their most active and bioavailable forms with new anti-aging benefits and protective molecules that provide invaluable protection against cardiovascular disease, cancer, diabetes, among others.

What are the health benefits associated with Daily 6®?

Daily 6® represents a major advance on our Daily 3® formulation (one capsule per meal) which nevertheless offers an attractive alternative for those who do not want to take too many supplements or exceed their monthly supplementation budget. The previous formulation (Nutra-6™) has been enhanced by the addition of new, carefully-selected and scientifically supported substances:

Daily 6® should be taken with the three main meals of the day. 6 capsules a day spread over three main meals, to ensure adequate and consistent tissue concentration of water-soluble nutrients. It is necessary to take two capsules with each meal in order to provide the body with an adequate intake of protective substances. As it is impossible to include all these protective nutrients in a single capsule, Daily 6® has been formulated to offer the most powerful and sophisticated multi-nutrient available in a two-capsule-with-each-meal formula.

What is Daily 6® composition?

Research consistently shows that the effects of individual nutrients are stimulated by other elements of the same family - they act synergistically within the body. Daily 6® thus provides:

Minerals (zinc, magnesium) and trace elements (manganese, selenium, molybdenum, iodine, chromium) are critical for many life processes, but increasing soil depletion means supplementation has now become essential. The minerals in Daily 6® are all completely absorbable and well-tolerated by even the most sensitive individuals. They work together to maintain metabolic balance, improve cell glucose sensitivity, support thyroid function and immune defenses, and regulate mental and emotional equilibrium.