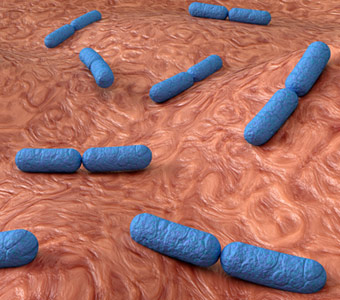 H. Pylori Fight is a probiotic supplement that supports gut health. Not only that, but this particular H. pylori supplement is especially useful for combating Helicobacter pylori infections.

What is a Helicobacter pylori infection?

H. pylori is a resilient bacteria strain that can be difficult to eliminate. It may respond poorly to antibiotics, the only conventional medicine option available, due to increased resistance. It is responsible for cases of heartburn, gastritis and gastric ulcers, which can be very serious.

Gut flora, or intestinal microbiota, describes the collection of microorganisms that live in the intestines and stomach. While they play an essential role in the body’s digestion and defenses, some of these microorganisms, such as helicobacter pylori, may also be responsible for persistent problems.

This bacterium lives exclusively in the human stomach and is the only known bacteria able to survive and grow in such an acid environment. As much as 80 percent of all gastro-duodenal ulcers are caused by H. pylori infections, although in most cases — 70–80 percent — the infection is asymptomatic.

Over the long term, however, it induces a range of symptoms, such as fatigue and chronic gastric discomfort, as well as chronic inflammation of the stomach and other serious long-term conditions.

In other words, helicobacter pylori infections should be taken seriously in order to avoid developing more harmful health conditions in the future. Migraines, cardiovascular problems and immune system conditions have also been linked to helicobacter pylori infections. It is clearly a significant problem, given that 25% of Western populations are believed to be infected.

How can you tell if you have been infected by Helicobacter pylori?

According to the Mayo Clinic, people infected with H. pylori infections might not even know it. When symptoms are present, they may include:

For many people experiencing these effects, it can be helpful to consider H. pylori supplements. And if the effects persist, it could lead to more significant complications, including:

Diagnosis of the helicobacter pylori infection includes tests for antigens in stools or antibodies in the blood, urea breath tests and endoscopic biopsies, if your doctor advises it.

What are your options to get rid of H. pylori infections?

This strain has proved very effective at fighting helicobacter pylori, without the disadvantages of conventional antibiotics. It has the particular feature of coagulating in the stomach by forming co-aggregates with the helicobacter pylori bacteria, thus decreasing the toxic load in the stomach and reducing the risk of developing gastritis or a gastrointestinal ulcer. It is the only strain among 700 different strains of probiotics to be recognized as the specific antagonist of helicobacter pylori.

What are the advantages of taking a probiotic supplement for H. pylori vs an antibiotic?

Once coagulation has taken place in the stomach, the resulting aggregate is excreted by the body via the digestive tract. Studies show that gut flora, therefore, remains unaffected, contrary to the effects of a typical three-week course of antibiotics. Furthermore, H. Pylori Fight does not cause diarrhea or taste disorders, unlike antibiotics, which are not specifically designed to eliminate helicobacter pylori.

When looking at options for probiotic supplement for H. pylori infections, you’ll notice that the lactobacillus reuteri strain offers three distinct advantages over others:

The properties of lactobacillus reuteri have been investigated in two clinical studies. In one study, an amount of 250 mg a day was tested against a placebo for two weeks. The other was a blind study (participants did not know whether they were taking the probiotic or the placebo) where subjects took the same amount. In both, researchers observed a significant decrease in the toxic load of helicobacter pylori in infected subjects.

These studies, which were specifically focused on the lactobacillus reuteri strain, support the fact H. Pylori Fight is one of the best supplements for H. pylori infections. And once eradicated, reinfection is rare. Still, it can be inhibited with the use of other formulations available to buy at Supersmart, such as Digestive Enzymes to facilitate digestion, and the supplement Mastic Gum to protect the gastric mucosa from future infection.

My mother was injured terribly and after surgery found out she has h. Pylori and was unable to hold anything down, look or smell anything without getting sick. She is allergic to the antibiotic that could kill it. I found out about natural remedy powder but the taste was unbearable. These pills have changed her life and I couldn’t be more happy w the product. Thank you.
GLORIOSO Ruth 2022-04-26

Bought this for my mom who has chronic gut issues from H pylori in the past and never dealt with fully. She can't take antibiotics but these help manage the pain and lessen symptoms from her stomach ulcer. Happy to have access to this product!
GAGLIOTI Jessie 2021-10-25

I had a bad case of H pylori bacterial infection, these pills really helped to balance my gut with good bacteria.
MENDOZA Maritza 2021-04-19

It helps - I wish something could cure it though - without overloading the body with die-off toxins.
STALLWORTH Tochane 2021-01-06

I have used this product to help with gut issues, it is working because I no longer feel pain after a meal, I will continue to use it until I feel confident that I no longer need it.
KIBUTTU Jedidah 2020-12-19

Hpylori fight works! It is a God send— where all else had failed, this is the one product that has saved the day!!! Thanks, providers.
RICHARD 2020-11-01

It reduced the stomach pain of self-diagnosed H. Pylori.
References

Subscribe to our newsletter
and obtain a 5% permanent discount
Our selection of articles
In which foods are probiotics and prebiotics found?