Berberine is a natural extract of Berberis vulgaris with benefits for heart health.

Price summary
Total price of the offer
$86.99
Add To Cart 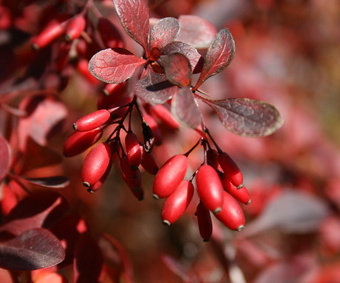 Berberine is a superior quality supplement obtained from common barberry. This berberine supplement contains an exceptionally high level of the phytonutrient known for its remarkable effects on cardiovascular health and one that has been used for thousands of years in Ayurvedic medicine.

What is a berberine supplement used for?

Berberine is a substance produced by certain plants, such as common barberry (Berberis vulgaris). It is an alkaloid that — as was originally hypothesized by Winterstein and Trier back in 1910 — may produce positive physiological affects even at low doses. That hypothesis has since been further tested in scientific studies related to alkaloids.

In vitro, this alkaloid has potential antioxidant, anti-inflammatory, hypoglycaemic, hypotensive and hypolipidemic effects. And, in addition, it may act as a calcium channel blocker.

Which plants contain berberine? It’s found in a wide range of plants, including Mexican prickly poppy, goldenseal, Oregon grape, yellowroot and Berberis aristata, a shrub that grows in the Indian Himalayas.

The benefits of berberine supplements have been extensively studied and may surprise you.

So, what is a berberine supplement good for?

More specifically, studies show berberine may decrease glucose resistance, reduce sugar production occurring in the liver and slow down the breakdown of carbohydrates.

Some people also take berberine for heart health. More specifically, It has been studied as a way to combat indicators of heart failure. Studies also suggest a connection between berberine and cholesterol.

Berberine has also been researched for its anti-inflammatory and antioxidant properties. Furthermore, it may help fight harmful viruses, fungi, parasites and bacteria, according to additional studies.

How is the berberine supplement produced?

Plants from the Berberis genus grow in all the world’s semi-tropical regions. That’s why berberine is such an integral part of the major systems of traditional medicine, such as Ayurvedic and Chinese medicine.

Our barberry supplement is obtained from Berberis vulgaris (common barberry), which grows predominantly in Iran, the world’s largest producer with 11,000 hectares of cultivation.

Various parts of the plant are suitable for therapeutic use, namely the bark, the root and the stem, though it’s the dried barberries that are most commonly used.

Barberry contains other alkaloids such as oxyacanthine, berbamine, bervulcine and columbamine, but it’s berberine that attracts the most interest in the scientific community. That’s why we’ve chosen to focus on berberine in our natural barberry extract supplement, which contains 97% active principles.

What are berberine’s mechanisms of action?

Berberine has been widely studied for its properties and physiological effects. The barberry plant has been used for thousands of years — references to using Berberis vulgaris for “purifying the blood” have been found on clay tablets in the personal library of the Assyrian Emperor Ashurbanipal, dating back to 650 BC. It was also used in Ayurvedic medicine for infections and wounds, and to help “open the mind.”

With an estimated intestinal absorption of between 0.4 and 1%, which is low, there are questions surrounding its bioavailability when taken orally. However, in vitro studies show that the distribution of orally-ingested berberine in tissues is much greater than its concentration in blood. It is rapidly transported to the kidneys, muscles, heart, pancreas, liver and fat, where it is metabolized and converted into berberrubine, thalifendine and jatrorrhizine, its main active metabolites.

Scientists are currently investigating its mechanisms of action: hundreds of studies evaluating its benefits for cardiovascular health are published each year. Pharmacokinetic interactions have already been observed when it is co-administered with cyclosporin A, which is used for treating auto-immune diseases.

What about berberine’s side effects?

One of the most common questions customers have before buying berberine — or any supplement, for that matter — is, what are the side effects of berberine?

For most people, taking berberine is considered completely safe. However, before you buy a berberine supplement, you need to know if it will interact with your medications or health conditions. Let your physician know you’re thinking of starting a berberis supplement regimen to get a professional opinion.

This step is most important if you take other prescriptions or have pre-existing health conditions.

Additionally, there isn’t enough research to support taking berberine while pregnant or breastfeeding. So, unless your healthcare practitioner recommends them, it’s best to avoid berberine during this time.

If you do notice any side effects after you start taking berberine, or start any other supplement regimen, you should stop taking it immediately and contact your healthcare provider.

Why is it more expensive to buy berberine than other products?

The berberis vulgaris supplement offered by Supersmart is one of the best berberine supplements available. It’s standardized to 97% berberine, the highest percentage on the market. It contains nothing else apart from natural acacia fiber and rice flour — completely safe, natural-source excipients. It represents a considerable scientific achievement as producing berberine in a capsule is not easy.

What can I take alongside this berberine supplement?

There are several supplements available to buy at Supersmart that may pair well with berberine:

And if you like taking phytonutrients, you have a number of other supplement options:

How to Take Berberine Supplements?

If you find swallowing capsules hard, there’s nothing to prevent you from breaking open the capsules and diluting the contents in a glass of water, fruit juice or yogurt. Berberine capsules are actually converted by oral flora into dihydroberberine, which may be absorbed better in the gut.

Note, however, that this product should not be used as a substitute for a varied, balanced diet and a healthy lifestyle. It’s important to follow the guidelines on how much to take and when to take it, and to use it by the expiration date. And to maximize effectiveness, be sure to store in a cool, dry place.

Product does what it's claimed to do

Berberine was recommended to me by a world renowned preventative cardiologist at the Cleveland Clinic, and this product has met all my expectations.
MIHAS Konstantinos 2020-01-20

Subscribe to our newsletter
and obtain a 5% permanent discount
Our selection of articles
Diabetes: which supplements are helpful?

Characterised by chronic hyperglycemia, most cases of diabetes in the West are linked to lifestyle choices. The good news is that certain dietary supplements can help regulate blood glucose levels.

Which cereals are good or bad for our health?