What’s the best probiotic to take for a bloated stomach?

Though usually harmless, a swollen stomach is still a source of major discomfort. Discover the best habits to adopt and probiotics to take to permanently restore a flat tummy.
Contents
Rédaction Supersmart.
2022-12-12Commentaires (0)

Swollen stomach: what are the potential causes?

A swollen stomach is the result of distension of the abdominal area, sometimes painful, often described as a ‘tight belly’. It’s a condition that’s particularly common but is fortunately not serious in the majority of cases.

Abdominal swelling is most often the result of an accumulation of gas in the small intestine: it’s referred to as bloating or meteorism (1).

This digestive disorder may be caused by swallowing too much air (aerophagia), or intestinal overproduction by bacterial fermentation. It’s sometimes accompanied by stomach pains, gurgling, a feeling of heaviness, flatulence, and even the urge to burp (2).

It usually occurs after a meal, as well as during episodes of constipation: when stools get stuck in the gastrointestinal tract, there’s an increase in fermentation.

Less often, it becomes chronic: it may then be a sign of a food intolerance (lactose, gluten…), an irritable bowel or a more serious digestive disease (3-5).

Sometimes, a bloated stomach may not be related to digestion. In women, it can result from hormone fluctuations as part of pre-menstrual syndrome (in the days before a period), or the menopause (6-7). It can sometimes also be an early sign of pregnancy, probably caused by a rush of progesterone.

I have a bloated stomach: what can I do about it?

You don’t necessarily need to exclude all these foods. Sometimes, just reducing the amount you eat is enough to provide relief. We’d advise assessing your tolerance by testing each individual food several times, to see if there’s an ‘acceptable’ threshold of consumption. You could, for example, keep a food journal, in which you write down the amount of the particular food consumed and its effect on your digestion: in this way, you’ll be able to identify the culprit(s) more easily.

On the other hand, chewing-gum should be totally avoided - for two reasons: in addition to its high polyol content, it makes us swallow a large amount of air when we chew it (9). Fizzy drinks, and drinking through a straw, are also to be avoided (10).

It’s a good idea, too, to make sure you take your time when you eat (20 min minimum), doing so sitting down, and maintaining an upright posture. Chew each mouthful thoroughly, keeping your mouth closed to prevent aerophagia. Also avoid wearing tight clothes, which unnecessarily restrict your abdominal area.

Finally, it’s worth noting that stress and anxiety create the right conditions for bloating (11-12). Relaxation techniques such as yoga, sophrology and meditation can all help to control it.

The most highly-regarded probiotic strains for relieving bloating

The composition of our gut microbiota has a direct effect on our inner well-being. Under certain conditions (eating processed foods, changing our dietary habits, taking antibiotics ...), our gut flora can become unbalanced (dysbiosis); ‘bad’ bacteria can get the upper hand over good (13). This can lead to a wide variety of digestive disorders, including retention of intestinal gas (15).

By temporarily repopulating the gut flora with ‘friendly’ bacteria, probiotics tip the balance in the right direction (15). It’s still important to choose the right strains for the problem.

For uncomfortable bloating, the lactobacillus bifidobacterium strains are among the most popular and widely-studied (16). Of particular note are:

In terms of non-lactic bacteria, it’s worth emphasising the interest shown in the yeast Saccharomyces cerevisae (24). It’s a useful adjunct for strengthening colonisation of the intestinal tract.

It would therefore seem to make particular sense to combine these various strains for a synergistic effect, by taking a comprehensive microbiotic supplement (such as the powerful Colon Friendly, which combines, in a single gastro-resistant capsule, the four strains Lactobacillus acidophilus, Bifidobacterium longum longum, Bifidobacterium longum infantis and Saccharomyces cerevisae).

If you want to benefit from an even broader spectrum of beneficial microorganisms, you could opt for wider multi-strain formulations. Though less targeted, they are designed to suit the diversity of human microbiota (one such product is Full Spectrum Probiotic Formula, which contains no less than 20 recognized strains of Lactobacillus, Bifidobacterium and Streptococcus) (25). 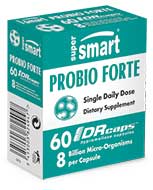 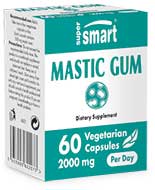