The 5 best vitamins for the immune system

The European Food Safety Authority (EFSA) has compiled a list of vitamins that support normal immune system function. Discover these 5 unquestionably effective vitamins, and the foods that contain them.
Contents
Rédaction Supersmart.
2020-11-05Commentaires (0)

Vitamin A is a fat-soluble vitamin which plays a key role in the process of cell specialisation. Important for the production of certain eye pigments, it helps maintain normal vision. It also supports the health of the skin and mucous membranes.

Vitamin A and immunity

Vitamin A is also known for its role in regulating cellular immune responses and humoral immune processes (1). It is thus recognised by the EFSA as directly supporting the normal function of the immune system (2).

Which foods are rich in vitamin A?

Vitamin A or retinol is found in animal-source foods, such as cod liver oil, cooked chicken livers, butter, crème fraîche, eggs ... But we also get vitamin A from plant-source foods rich in beta-carotene (a compound which is converted into retinol in the body): cooked sweet potatoes, carrots, pumpkin, apricots... You also have the option of taking a natural carotenoid complex with a high beta-carotene content (such as Carottol™).

The famous vitamin C, also known as L-ascorbic acid, is a water-soluble vitamin . It too is involved in numerous physiological reactions. It supports normal formation of the collagen necessary for healthy blood vessels, cartilage, skin, bones and teeth. It also plays a role in ensuring normal nervous system function and energy metabolism.

Vitamin C plays a key role in our immune defences, too. In particular, it appears to both support the function of the epithelial barrier and help scavenge oxidants and eliminate spent neutrophils. Conversely, deficiency in vitamin C is associated with a decrease in immunity (3). Thus according to the EFSA, ascorbic acid supports the normal function of the immune system function (4).

Which foods are rich in vitamin C ?

To ensure a good intake of vitamin C, you need to eat plenty of fruits and vegetables such as guava, kiwi fruit, oranges, red peppers and broccoli... You can also take a vitamin C supplement, preferably liposomal vitamin C, the form best absorbed by the body (for example, the product Liposomal Vitamin C).

One of the 8-strong group of B vitamins,vitamin B12, or cobalamin, is also a water-soluble vitamin. Essential for cell renewal, it plays a role in the formation of red blood cells, the normal metabolism of homocysteine and in helping to reduce fatigue.

Vitamin B12 and immunity

B12 also appears to act as an immunomodulator for cellular immunity, with a particular effect on lymphocyte levels (5). The EFSA thus recognises this vitamin as contributing to normal immune system function (6).

Which foods are rich in vitamin B12?

Vitamin B12 is found mainly in animal-source foods: offal, seafood, meat, fish... That’s why vegans and vegetarians in particular (but not exclusively!), are advised to supplement with B12. The most active form of vitamin B12 is called methylcobalamin (try, for example, the product Methylcobalamine).

Another star nutrient, vitamin D or calciferol is a fat-soluble vitamin. As well as being present in the diet, it is produced by the body from cholesterol or ergocholesterol, when the skin is exposed to the sun’s rays. Vitamin D plays a role in maintaining normal muscle function and healthy teeth. It also helps ensure normal development of bones in children.

Vitamin D also works at another level: it plays a role in modulating innate and adaptive immune responses, and stimulating the defensive capacity of mucous membranes (7). It is therefore classified by the EFSA as one of the compounds that support normal immune system function (8).

Which foods are rich in vitamin D?

Oils and oily fish are the foods that contain most vitamin D. They include salmon, mackerel, sardines, tuna, cod liver oil, olive oil … Dark chocolate and cooked button mushrooms are also good sources. To ensure an adequate vitamin D intake, make sure you also expose your skin to the sun on a regular basis - even if you work indoors and the weather sometimes makes this difficult. In terms of supplements, it’s best to choose a form with high bioavailability like vitamin D3, (for example Vitamin D3 5000 IU).

Vitamin B9, or folic acid

What exactly is it?

Vitamin B9, also known as folic acid or folate, is a water-soluble vitamin which plays a key role in many of the body’s functions, including normal production of amino acids and normal psychological function. It also contributes to maternal tissue growth during pregnancy.

Involved in the process of cell division, folic acid also influences immunity. Folate deficiency has a direct effect on cell-mediated immunity (11). According to the EFSA, therefore, this is another vitamin that supports normal immune system function (12).

Which foods are rich in vitamin B9?


To obtain the benefits of the majority of these vitamins from a single supplement, you may prefer to take a multivitamin product. We’d mention in particular the well-known multivitamins Daily 3® (taken 3 times a day) and Daily 1® (taken just once a day). Both contain vitamins A, B6, B12, C and D, as well as minerals that also support normal function of the immune system.

You must be connected to your account to leave a comment
Be the first to review this article
Our selection of articles
Sore throat: 10 natural supplements and remedies

Do you regularly suffer from a dry or productive cough, occasionally or persistently, daytime or night-time? Here are 7 natural cough remedies, excellent for supporting your respiratory health.

Most powerful and widely-recognized immuno-stimulant supplement

Natural antibiotic with an incredible range of biological activities

The most effective blend of essential oils for fighting infection 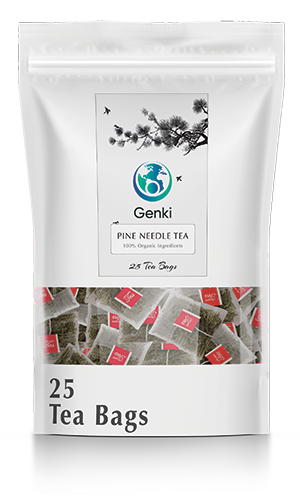