No reviews
Reviews
$13.00 Out of stock
Description

Vitamin D3 5000 IU is a bioavailable form of Vitamin D for optimal absorption.

Price summary
Total price of the offer
$104.00
Add To Cart 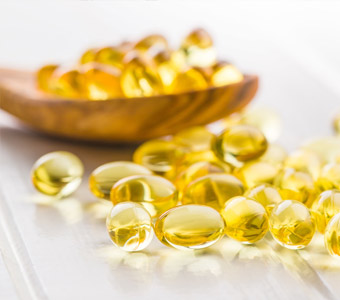 Vitamin D3 5000 IU is an exceptional supplement containing 5000 IU of Vitamin D3, the most bioavailable form of Vitamin D, per softgel. It is enriched with sunflower oil to maximize absorption.

Regular supplementation with Vitamin D3 5000 IU produces a rapid increase in circulating levels of the vitamin, as confirmed by blood tests, and has a positive effect on cardiovascular, endocrine, and nervous systems, as well as immunity and cognitive health.

Vitamin D3 5000 IU is thus aimed at anyone living in France, Italy, Germany, Spain, the Netherlands, Portugal, Poland, the UK, Canada, and the United States throughout the Fall and Winter months.

Vitamin D is produced by the body on exposure of the skin to the sun’s ultraviolet rays (UVB).

However, in temperate regions of the Northern Hemisphere, the conditions are not conducive to this process because of the sun’s angle of elevation and the weather during certain seasons, as well as urban lifestyles: at this time of year, we tend to stay indoors and cover ourselves up too much to maintain adequate Vitamin D production. Peak production rapidly plummets from November onwards and reserves are quickly exhausted.

Vitamin D3 5000 IU can also be helpful in the Spring and Summer for some people, specifically:

For all of these people, Vitamin D3 5000 IU is often the safest way of quickly increasing their levels of Vitamin D and maintaining them throughout the year.

What are the effects of too little Vitamin D?

Vitamin D is not really a vitamin; it should actually be thought of as a hormone.

It performs many functions in the body, the best-known of which are its key roles in the intestinal absorption and binding to bones of dietary calcium, in muscle function, in maintaining cognitive function, in supporting the immune system, and in tissue cell renewal.

The effects of a lack of Vitamin D may go unnoticed for years but in the long term, they can be serious: softening of bones (osteomalacia), bone pain, muscle weakness, joint pain (particularly in the wrists, ankles, and shoulders), migraines, increased risk of depression, insomnia, etc.

What is the optimal intake for Vitamin D?

There is still debate about which Vitamin D blood levels produce benefits. The very latest evidence suggests that circulating levels in excess of 50 nmol/L, or even 75 nmol/L, may be optimal for overall health. Those below 30 nmol/L, on the other hand, are associated with adverse effects on health.

In 2010, more than 40 international scientists called for greater awareness among doctors of the importance of Vitamin D. They recommended that the entire Western population that was living at middle latitudes should supplement with 1000–2000 IU, especially from October to March.

There are very few sources of Vitamin D in the diet, which is why it is so easy to develop a deficiency. They are mainly restricted to animal-sourced fats, particularly those from oily fish and fortified foods, such as dairy products, and some vegetable oils and plant-based drinks.

What makes our Vitamin D3 one of the best Vitamin D3 5000 supplements? Three things:

No. Spending long periods in the sun will not increase the amount of Vitamin D levels in the body beyond a certain limit. Excessive exposure to the sun degrades pre-vitamin D3 — which is converted into D3 in the skin — and Vitamin D3 itself. Lengthy sun exposure over the summer will therefore not be enough to maintain adequate levels over the winter months.

Does aging reduce the ability to produce Vitamin D?

Those over 50 are still able to produce Vitamin D from the sun’s rays, but for several reasons, production is less effective, and levels of circulating Vitamin D tend to be lower.

What effects does Vitamin D have on cognition?

Research has demonstrated the presence of Vitamin D hormone receptors (VDRs) in neurons and glial cells in the hippocampus, hypothalamus, cortex, and subcortex, all areas of the brain involved in cognitive function. In binding to these receptors, Vitamin D triggers mechanisms which protect against the processes involved in neurocognitive problems. Vitamin D also exerts an antiatrophic effect by controlling the production of neurotrophic agents such as Nerve Growth Factor (NGF) and Glial cell line-Derived Neurotrophic Factor (GDNF). These properties may explain why low Vitamin D levels in older people could be associated with cognitive problems.

The cohort analysis InCHIANTI established a link between hypovitaminosis D and cognitive problems, and showed that elderly people lacking in Vitamin D (less than 25 nmol/L) had a significantly increased risk of overall cognitive decline compared to those with higher levels (greater than 75 nmol/L).

When taking any Vitamin D3 supplement, you should always perform your own research. Everyone is different, and being aware of the various side effects and benefits of Vitamin D3 5000 IU will help you make an informed decision on your diet.

Do your own research, and if you have any underlying health conditions, speak to your doctor. Your doctor will be able to discuss the Vitamin D3 5000 benefits further and whether you should be aware of any adverse drug interactions.

If you are wondering, “can I take 5000 IU of Vitamin D3 every day?” You can, because the body naturally stores excess loads of this vitamin within your body’s fat.

However, taking 5000 IU Vitamin D3 every other day is a more intelligent way to meet the body’s requirements. Depending on how much your body requires, you may choose to take a Vitamin D3 5000 IU supplement every day, every other day, or even only twice a week.

But, for most adults, we recommend taking one softgel a day.

Even the best Vitamin D3 5000 IU supplements should be taken alongside your primary meal of the day — specifically the one with the highest fat content, in order to increase the supplement’s efficacy. Remember, fat increases the absorption of Vitamin D and all its derivatives.

Like any supplement, listen to your body and ensure that you monitor the supplement’s effects and keep an eye on whether or not you are subject to any of the supplement’s side effects. Take control of your health and reap the benefits of Vitamin D3 5000 IU.