Creatine: why, how and when should you take it?

Very popular with sportspeople and bodybuilders in particular, creatine has managed to develop a bad reputation … even though it’s perfectly safe! Discover creatine’s effects and the best way of benefiting from it.
Contents
Rédaction Supersmart.
2022-09-27Commentaires (0)

What is creatine: definition

Discovered in the mid-19th century by a French scientist, creatine is a substance naturally produced by the liver, pancreas and kidneys from certain amino acids (glycine, arginine and methionine) found in food.

But this endogenous creatine accounts for only half the creatine in the body. The other, exogenous, half comes from the diet.

95% of the body’s creatine is stored in muscles. The rest is primarily deposited in the brain, and to a lesser degree, the heart, and in men, the testicles.

Some of the creatine in muscles is combined with phosphate, a reaction catalyzed by creatine kinase, to produce phosphocreatine. This is used by cells, along with adenosine diphosphate (ADP), to produce adenosine triphosphate (ATP), the main energy source for cells (1-2).

Meat and fish are the principal dietary sources of creatine. On average, for example:

In contrast, plant-source foods contain almost no creatine. One study found much lower levels of creatine among vegetarians compared with omnivores (3).

This is hardly surprising. Even though endogenous creatine is produced from glycine, arginine and methionine (so it’s possible to boost your endogenous creatine production by prioritising foods rich in these amino acids), eating only plant-source foods means you are missing out on a significant amount of exogenous creatine from the diet.

What are creatine’s effects?

If creatine has for some time had a reputation as a doping product, and is even banned in certain countries, it’s because it helps to improve sports performance. Creatine does indeed increase physical performance, particularly in successive bursts of short-duration, high-intensity exercise (football, handball, tennis, cycling, weight-training, CrossFit, etc.).

But contrary to what some would have you believe, creatine does not increase muscle mass! Supplementing with creatine actually helps to increase the phosphocreatine in muscles, enabling muscle cells to restore their ATP reserves more quickly. . This allows creatine-users to engage in more intensive exercise sessions, especially body-building. And it’s this increased intensity which helps produce greater muscle mass.

In short: supplementing with creatine makes it possible to exercise more intensively which in turn helps you gain muscle.

What’s more, according to the European Food Safety Agency, daily creatine supplementation may maximise the effects of resistance training on muscle strength, particularly in those over 55 (4-6).

It’s worth noting that creatine supplementation leads to slight intramuscular fluid retention, meaning that creatine-users may appear less ‘skinny’ or ‘honed’. People who practise weight-training sometimes find their muscles look bigger simply as a result of supplementing with creatine:in fact, their muscles are ‘swollen’ with water (7).

How and when should you take creatine? What’s the right dose?

Creatine is not a magic potion which bestows instant dynamism: you shouldn’t expect to immediately have more energy available for exercising the minute you start taking it.

What supplementing with creatine does is to ‘saturate’ the muscles with phosphocreatine, so that muscle cells always have enough to produce ATP.

In addition, supplementing for between 1 and 3 weeks is generally believed to be necessary, depending on the individual, before the initial effects of creatine are felt. However, contrary to what some recommend, there is no need to take a ‘loading dose’ whereby you take a higher dose of creatine for the first week before adjusting to a ‘normal’ daily dose.

The best approach is to take 3g-5g of creatine a day, preferably with some carbohydrates (fruit is perfect), at any time of day (8).

Taking creatine supplements immediately after a training session is sometimes recommended though there are no studies to support such advice.

It’s therefore best to take creatine at the time of day that suits you best. If you’re worried you might forget, it’s probably easiest to take it at breakfast, or at lunch time if you’re doing intermittent fasting.

The best forms of creatine

While the most popular and widely-researched form of this substance, much-prized by sportspeople, is creatine monohydrate, there are many other forms which also offer advantages.

Some laboratories, for example, have recently developed a new form of creatine designed to maximise its effects: creatine pyruvate. This contains pyruvic acid which acts as a catalyst for ATP production (9).

You can also takecreatine phosphate direct, ie, as phosphocreatine. This way, you ‘skip’ a stage in the metabolism of creatine, thus making the phosphate more rapidly available to cells for the production of ATP.

So to gain maximum benefit from this compound, it makes sense to opt for a synergistic formulation combining creatine monohydrate, creatine pyruvate and phosphocreatine (such as 3-Creatine).

“Walking is man’s best medicine.” So said Hippocrates in 400BC. Was he right? Let’s explore whether exercise really does improve the body’s defenses.

How to maintain a toned body throughout summer

Summer is in full swing. Al fresco lunches, lazing on the beach, afternoon strolls in the sun, long evenings with friends… the pleasures of summer are many and varied, but they can take a toll on body tone, affecting not only our skin and hair but our muscles too. Fortunately, help is at hand. Here are three key tips to help you maintain a firm, toned body throughout the summer months.

Lack of magnesium: symptoms and solutions

To help reduce the risk of magnesium deficiency, the experts at Supersmart have put together this practical guide on inadequate magnesium levels: the causes, consequences, symptoms, solutions and prevention …

Precursor of arginine as part of the urea cycle 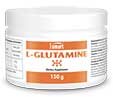 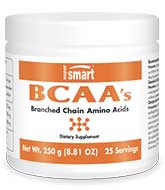 The three branched-chain amino acids in the ideal ratio of 2:1:1.