Benjamin Toniutti is a champion volleyball player born in in 1989 in Mulhouse, France.

He won the World League in 2015 and 2017, and the European championship in 2015, as a member of the men’s national volleyball team of France.

Let’s delve a little deeper into the world of Benjamin Toniutti, by taking a look at his personal nutrition tips.

This top athlete tells us he eats a very varied diet including plenty of fruits and vegetables, and a range of snacks such as Greek yogurt with cereal.

In terms of dietary supplements, Benjamin takes vitamins at the beginning of the day. After his practice session, he takes magnesium and BCAA, and finally, following strength-training, he supplements with proteins.

This year (2021), SuperSmart has been sponsoring Benjamin Toniutti. These are his top 3 SuperSmart supplements: 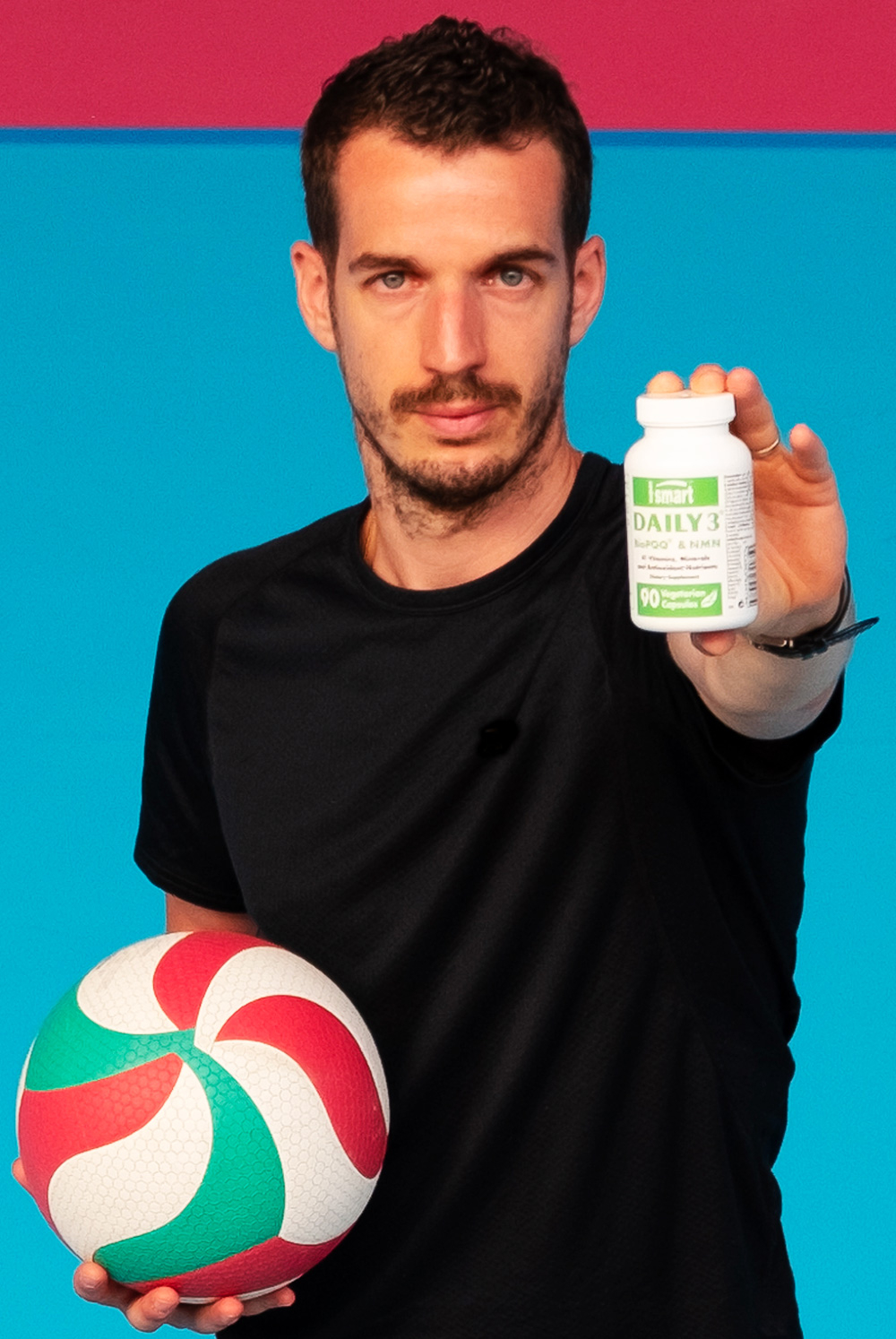 For Benjamin, there’s no substitute for a balanced diet combined with a multivitamin for maintaining peak condition.

He especially values the benefits provided by SuperSmart’s Daily 3® multivitamin which not only contains a large number of vitamins and minerals in highly bioavailable forms, but also PQQ, NMN and key phytonutrients such as lutein, anthocyanins and quercetin (1).

It provides a real boost to sports performance and daily life alike ...

Dose: adults. Take 3 vegetarian capsules of Daily 3® a day, one with each main meal. 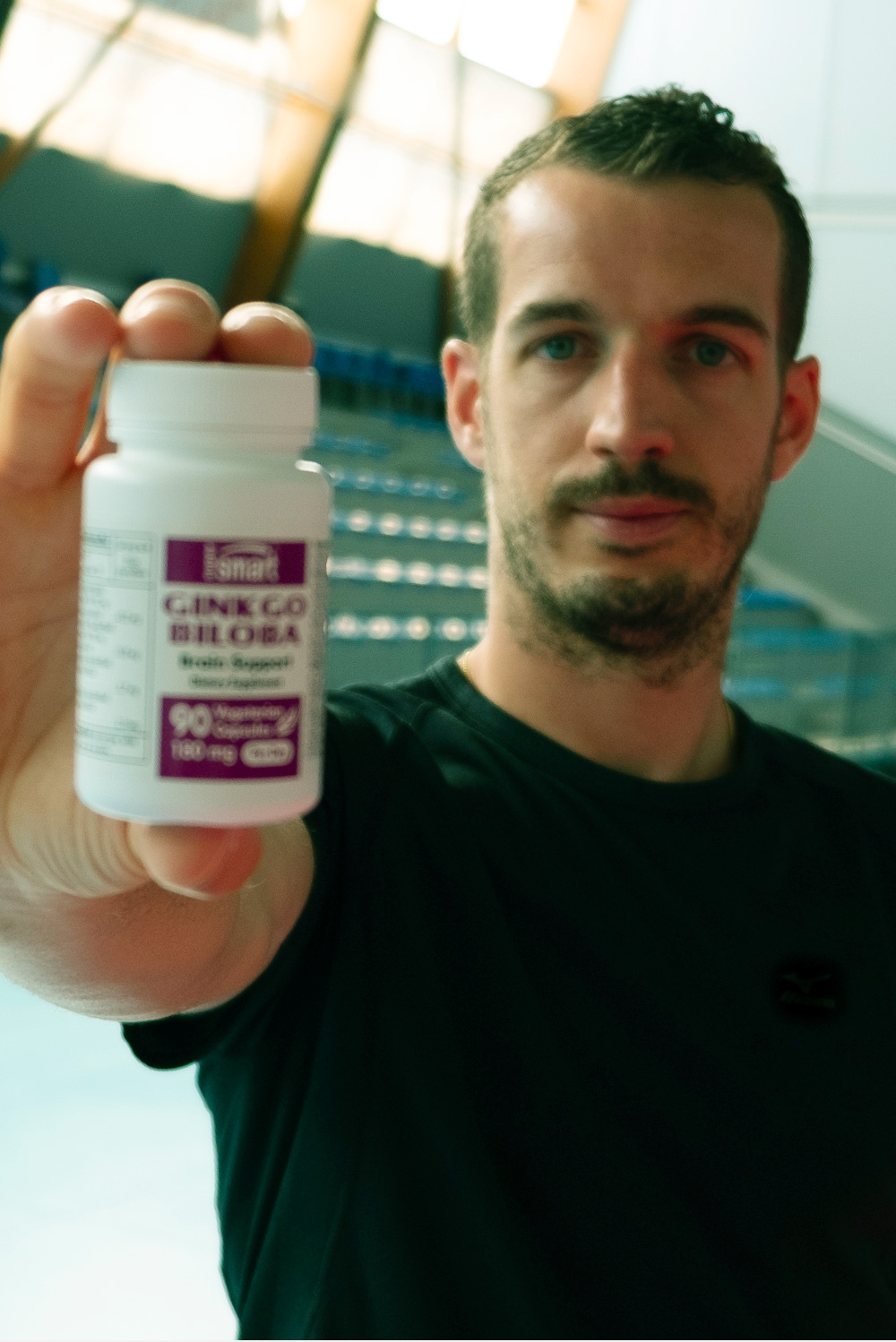 Gingko biloba, one of the oldest species of tree on the planet, is known for helping to support peripheral circulation and thus cerebral performance and responsiveness (2). Perfect then, when it comes to reacting to a quarter-turn, making winning smashes and generally being more alert in daily life.

The advantage of SuperSmart’s Ginkgo biloba extract is that it’s standardized to 24% ginkgo flavonglycosides and 6% terpene lactones (ginkgolides A, B and C, bilobalides) thus delivering maximum benefit from the plant. 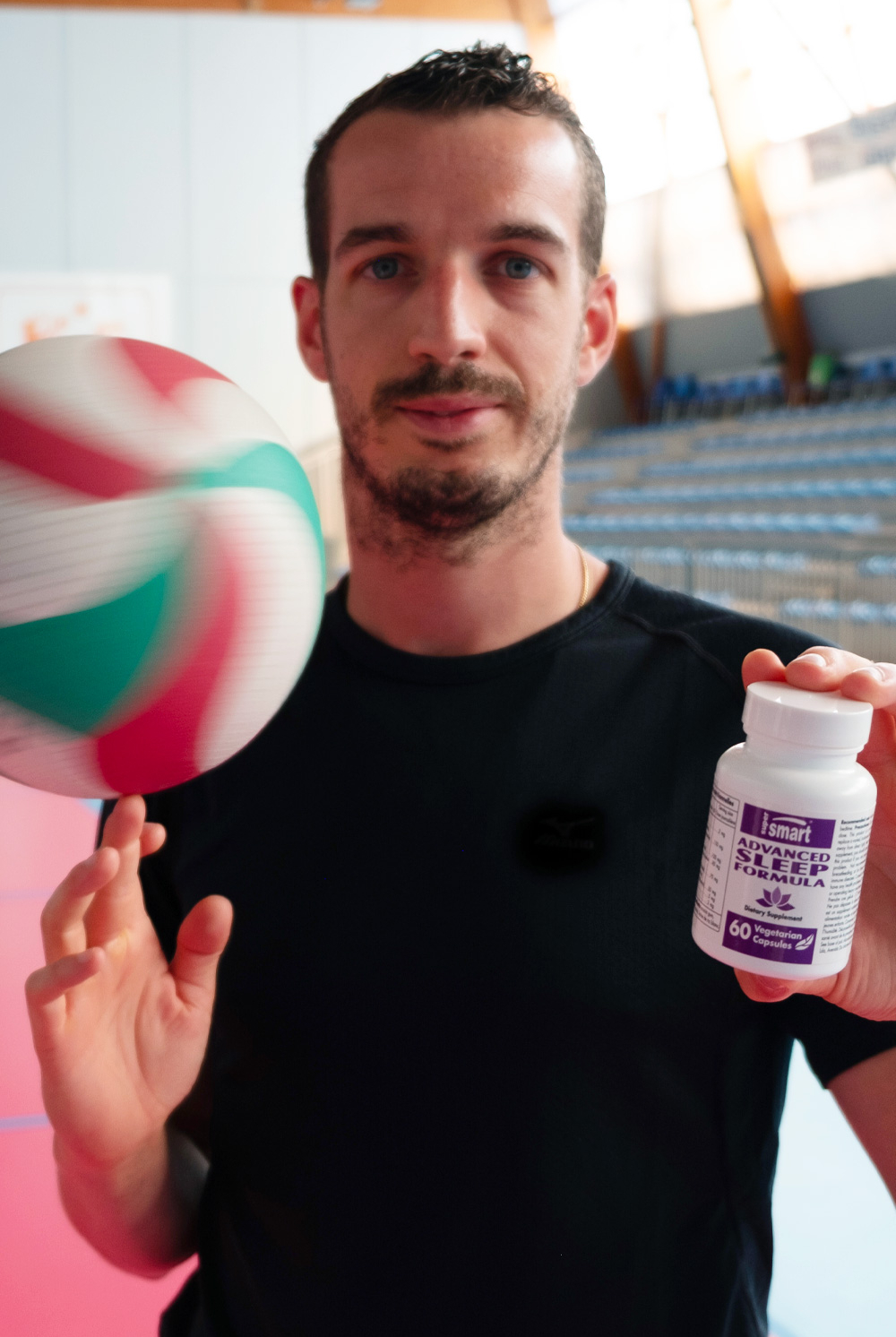 SuperSmart has brought all these compounds together in a single formulation called Advanced Sleep Formula. Just the job for drifting off peacefully into the land of dreams, the night before a big competition.

(Written transcription below the video)

“When you’re involved in sport at an elite level, nutrition plays a really important role.

To help me stay fit and healthy, I take the multivitamin Daily 3® from SuperSmart.

This super-comprehensive formulation provides exactly what my body needs.

As well as a high content of vitamins and minerals, Daily 3® offers a number of key phytonutrients. What’s also different about Daily 3® is that it contains PQQ and NMN, powerful compounds you don’t often find in multivitamin supplements.

Everything I need, in fact, to be fully prepared for the Olympic Games in Tokyo!

Since I started taking Daily 3®, I find I’m fulfilllling my potential even more, both on the court and in my daily life.”

Vata, pitta or kapha: which foods and supplements are best for you?

Which dietary supplements does Marianna Gillespie, world freediving champion, put at the top of her list? The freediver reveals the 3 SuperSmart supplements she takes to keep on top form, both for competing and for everyday life.

A lack of potassium: how to recognize and prevent it