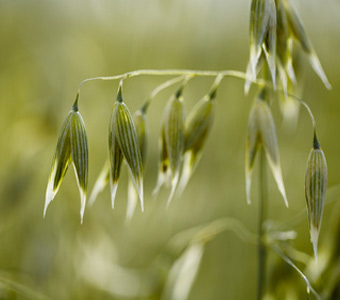 The dietary supplement Natural Dopamine Support is a natural anti-ageing product developed to support dopamine activity, a key neurotransmitter for healthy brain function and general well-being. This supplement has been formulated from an extract of wild green oat (Avena sativa L.), a plant used therapeutically for centuries.

As far back as the Middle Ages, it was traditionally recommended for regulating mood, supporting cognitive function and restoring energy levels. Studies have since developed scientific understanding of its mechanisms of action. In particular, it seems to prevent the breakdown of dopamine by inhibiting the enzyme monoamine oxidase B (MAO-B). This inhibitory action helps maintain brain activity by preventing certain cognitive and neurodegenerative problems.

What are the benefits associated with Natural Dopamine Support?

Originally known as a treatment for fatigue, concentration lapses and mood swings, green oat quickly attracted scientific interest for its potential in maintaining brain activity. Several clinical trials have confirmed the benefits of this plant for improving mental health as a whole. These studies suggest that wild green oat may, in particular, boost cognitive abilities such as concentration. Its activity may be especially effective in stressful situations, when brain function is under severe pressure. Current scientific data suggests that green oat's benefits for mental health are linked to improved vasodilation of systemic and cerebral arteries.

In addition to its benefits for the brain, green oat has revealed therapeutic virtues for other aspects of health. It appears to help prevent certain cardiovascular diseases due to its content in β-glucans, substances which have also demonstrated positive effects in the management of diabetes. Additional studies have identified its potential for combatting dependency and addictive behaviour, particularly in the case of smoking and food cravings.

What do studies show about green oat?

As the many studies conducted on this plant show, green oat offers a number of protective and anti-ageing effects. It helps combat cerebral degeneration by supporting dopamine activity, and as a result of its β-glucan content, it plays a role in preventing cardiovascular problems.

The preventive virtues of this plant are now available in nutritional supplement form. Our product Natural Dopamine Support has been developed from a high quality extract of green oat grown in farms that meet exacting standards, and obtained using a gentle extraction process, resulting in a highly bioavailable supplement. With each capsule containing 400mg, the suggested dose for Natural Dopamine Support is two capsules a day. You may also be interested in other natural formulations for long-lasting, effective protection against the effects of ageing, such as reishi extract and our transresveratrol anti-ageing formula.

Composition
Directions for use
adults. Take 2 capsules a day. Each capsule contains 400 mg of Neuravena®.
Trustpilot