No reviews
Reviews
$22.00 In Stock
Description
Policosanol is a specific extract of sugar cane with anti-cholesterol effects.
Certificate of Analysis 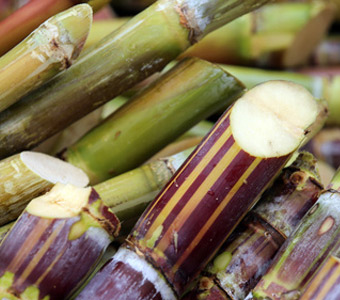 Policosanol is produced from a collection of fatty alcohols. Consisting of several long carbon chain alcohols, policosanol is found naturally in beeswax and various plant waxes. It was discovered by Cuban scientists who were the first to extract policosanol from sugar cane. Since their work in the 1990s, policosanol has been the subject of numerous scientific studies due to its effect on cholesterol synthesis, an effect which has led to its development as a dietary supplement for therapeutic purposes.

What are the effects of Policosanol in cholesterol?

Scientists are thus focusing on finding ways of reducing bad, LDL-cholesterol levels in order to prevent the development of health complications like hypercholesterolaemia. A diagnosis of hypercholesterolaemia is made when blood cholesterol levels become abnormally high. This condition leads to the formation of cholesterol plaques in the blood which, as they build up on artery walls, provoke changes to the arteries, causing them to harden. This is called atherosclerosis, the development of which can result in obstruction – and even rupture – of the arteries. Without adequate treatment, this process can initiate cardiovascular events such as myocardial infarction (heart attack) or stroke. In this context, policosanol has been identified by several scientific studies as a natural remedy against cholesterol.

Preventing the development of cardiovascular problems by combatting hypercholesterolaemia has become a public health priority. This has led to the development of certain anti-cholesterol treatments such as statins. Nevertheless, several research teams are now looking at natural alternatives that are free from side-effects and contraindications. With its positive effect on cholesterol, policosanol could soon be seen as a new and natural option for reducing cholesterol. Available in dietary supplement form, policosanol is currently used to lower total cholesterol levels.

What benefits are associated with Policosanol?

You can benefit from its effects by taking policosanol supplements in the form of vegetarian capsules, optimally formulated to contain 10mg of policosanol per capsule. For maximum efficacy, a dose of one to two capsules a day is recommended though this dose can be adapted according to your needs and the advice of your therapist. You may also find our article on the top 10 helpful anti-cholesterol foods.

Each capsule contains 10 mg policosanol, a specific, standardized extract of sugar cane.
Directions for use
Take 1 or 2 capsules, once or twice a day (ie 10-40 mg), modifying this to a maintenance dose after 8-12 weeks, according to the results obtained, in order to reduce your total cholesterol to the accepted optimal level of 1.8 to 2 g/l.
No reviews for this product yet

Subscribe to our newsletter
and obtain a 5% permanent discount
Our selection of articles
Sugar-free diet: permitted and prohibited foods