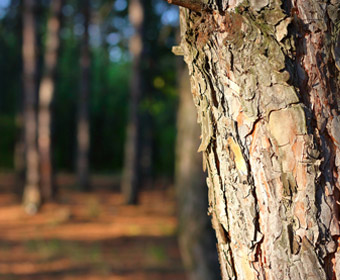 Pycnogenol® is an extract of bark from the Landes maritime pine, delivered in vegetarian capsules, containing in between 65 and 75% proanthocyanadins, highly-bioavailable compounds that readily cross the blood-brain barrier and have a strong affinity for collagen.

It is one of the most powerful and scientifically-supported nutrients you can take to maintain and protect your health, now available to buy at Supersmart. Its relatively high price, however, has discouraged many people and we have therefore made huge efforts to reduce the cost per milligram in order to make it available to a greater number of people.

What are the benefits associated with Pycnogenol®?

In what diseases does Pycnogenol® show positive effects?

Pycnogenol® has a protective role in a range of diseases, presenting multiple benefits.

Along with Pycnogenol®, you may also be interested in carnosine and alpha-lipoic acid for their significant antioxidant activity. By combatting oxidation of cells by free radicals, as well as glycation, carnosine is considered one of the most promising anti-aging compounds. For its part, the action of alpha lipoic-acid - referred to as a ‘hyper antioxidant’ or ‘universal antioxidant’ - may help prevent numerous diseases.

Buy Pycnogenol® capsules to help with blood sugar and cholesterol.

Berberine - an effective and powerful activator of AMPK

In the United States, berberine is one of those substances that people just can’t get enough of. Though previously little-known among Western populations, it is now becoming the new anti-aging and anti-diabetes weapon, because by improving Hypoglycaemic Agent sensitivity and facilitating the transport of glucose into cells, it appears to be as effective as conventional drugs at enhancing the body’s ability to use glucose and Hypoglycaemic Agent and so lower blood sugar.