Male fertility across the world is in increasingly rapid decline. Why is this? What can we do to stop it?
Contents
Rédaction Supersmart.
2023-01-24Commentaires (0)

Research had already identified a worrying 50%-60% decline in sperm concentrations among Western male populations between 1973 and 2011 (1). Now a new study has added weight to these findings with two new discoveries: the decline in male fertility is accelerating at an increasing rate and it is not restricted to the West.

Epidemiologists Hagai Levine, Shanna Swan and their colleagues analyzed hundreds of studies on male fertility conducted between 1973 and 2018 in around 50 countries (2). In their meta-analysis, published on 15 November 2022, they found that over this 45-year period, sperm concentration in semen declined by an average of 1.16% per year, falling from 101 million sperm per milliliter (in 1973) to 49 million per milliliter (in 2018). Taking the last two decades in particular, it’s clear the decline is accelerating: from 2000 onwards, the amount of sperm in semen decreased by 2.64% per year.

This constitutes a genuine public health issue, say the researchers, with the potential to ultimately “threaten humanity”.

So what’s causing this global decline in male fertility?

Two major factors appear to be responsible for this increasingly rapid decrease in male fertility across the world.

The most easily-identifiable cause of falling fertility is the fact that lifestyles are changing across the world.

It’s clear that increasingly sedentary lifestyles, poor diets and obesity are all having an adverse effect on male fertility. Increased fat-storing adipose tissue releases substances that affect testosterone, a key hormone in sperm production. And the WHO estimates that globally, 39% of men are overweight and 11% are obese (3).

Exercising for an hour a day may be one way of stemming this problem, as physical activity burns fat and increases sperm concentration (the number of sperm per milliliter of semen). Scientists examining semen composition in 261 healthy males found that after 24 weeks, those who were active had a higher number of oxidative stress-resistant sperm than their sedentary counterparts (4).

Smoking (and the use of drugs in general) is also known to reduce sperm count: the semen of men who smoke 10 or more cigarettes a day contains 20% fewer sperm than non-smokers. What’s more, research shows the sperm of smokers to be less motile, due to a change in morphology (5). Excessive alcohol consumption (more than 5 drinks a week) may also affect sperm production and quality.

Last but not least, men who are stressed are more likely to have a low sperm count, as well as a greater number of abnormal or less motile sperm.

We should also mention the role played by sexually-transmitted diseases (chlamydia, gonorrhoea, human papillomavirus …) which can also impair the condition and survival of sperm (6).

The second major cause of plummeting male fertility comes from the environment, namely chemical pollution from the burning of fossil fuels and exposure to endocrine disruptors.

The main culprits here could well be compounds in plastics (bisphenol A, S, and F, phthalates), dioxins from waste incineration, additives such as polychlorobiphenyls (PCBs), preservatives such as parabens and, more surprisingly, paracetamol.

And a study has revealed that men who regularly consume fruits and vegetables full of pesticides have 50% fewer sperm than men who eat more healthily (7).

As you can see, establishing good lifestyle habits (taking regular exercise, giving up or reducing smoking and alcohol consumption, managing your emotions effectively…) is an important step in increasing male fertility. It’s also wise to avoid the use of anabolic steroids, which can actually make men infertile.

While modern production methods continue to generate pollution and produce poor quality food, it makes sense to minimise your exposure to pollutants and pesticide traces; eating organic is particularly recommended. Choose fruits that are in season as they will have had less exposure to damaging factors (transport, chemical fertilisers, etc).

Diet-wise, try to eat foods rich in the trace-element zinc (offal, red meat, wholemeal bread, eggs, oysters …), as it supports normal fertility and reproduction. It’s particularly important for healthy spermatogenesis. Semen with a high concentration of zinc (ideally 30 times higher than the level in blood) is a sign that it is of good quality (8). To help, you can also take a high-dose zinc supplement such as Zinc Orotate.

Eating seafood, meat, eggs and kombu seaweed will provide you with another mineral, selenium , which also supports normal spermatogenesis and helps protect cells against oxidative stress. One study reported a 10.8% increase in pregnancies in couples where the man had supplemented with selenium, compared with non-supplementers (9). Ideally, opt for L-selenomethionine, the most absorbable form (try the product L-Selenomethionine). Always make sure you follow the recommended dose to prevent any risk of excess.

Focus too on eating salmon, mackerel, sardines and walnuts, all of which are rich in omega-3 fatty acids. Research suggests that one particular omega-3, DHA, is essential for good sperm function(10).

Other foods to prioritise include sweet potatoes, raw carrots, pumpkin, apricots and spinach. All are sources of beta-carotene, a substance believed to support good sperm motility (movement) and speed(11).

An international meta-analysis, conducted by Spanish, Mexican and American universities, reviewed the results of 28 nutritional studies (involving a total of 2900 subjects), in order to assess the effects of nutrients and dietary supplements on the quality of sperm and fertility(12).

The results confirm that men are likely to benefit from an increased intake of zinc, selenium, and omega-3, as well as coenzyme Q10 and carnitine in terms of increasing their sperm count and improving their sperm morphology.

One final tip for our male readers: keep your testicles cool, as sperm really don’t like the heat. The ideal temperature is 32°C. Be aware that hot baths, hammams, too-tight clothes and even using a computer on your lap can have an adverse effect on the quality of your sperm (13). 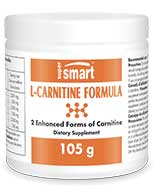 Coenzyme is an oil based supplement,with three times the bioavailability, that helps: the cardiovascular system the immune system has powerful antioxidant properties

Participates in a multitude of cellular and enzymatic processes

The most bioavailable form of selenium

You must be connected to your account to leave a comment
Be the first to review this article
Our selection of articles
What are the best supplements for the menopause?

Marking a natural and inevitable change in female hormone production, the menopause normally starts between the ages of 45 and 55 and is often accompanied by a number of troublesome symptoms. Discover which natural remedies are most effective at easing a woman’s path through the ‘change of life’.

Which supplements should you take after having a baby?

4 natural products for taking care of your thyroid

Though very small, the thyroid gland plays a critical part in ensuring the body functions correctly, so it’s vitally important to look after it. Discover 4 natural compounds beneficial for the health of this key endocrine gland. 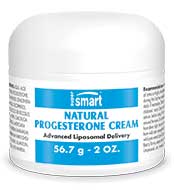