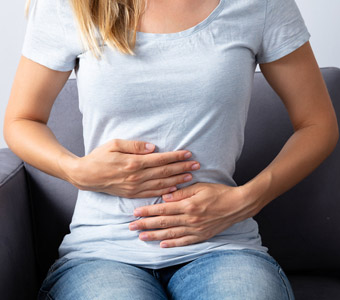 Bifidobacterium longum is a probiotic supplement intended to regenerate the intestinal flora, now available to buy at Supersmart.

What is Bifidobacterium longum?

Bifidobacterium was isolated for the first time in 1899 from a healthy, breast-fed new-born baby. It was subsequently accepted as an independent genus of bacteria the main characteristic of which is to produce lactic acid and acetic acid as the principal products of glucose fermentation.

Isolated in 1977, the human bifidobacteria strain Bifidobacterium longum BB536, is the most widely studied in terms of health benefits. Over 40 articles have been published in scientific journals, highlighting in particular, its role in improving the intestinal environment, helping to maintain a healthy immune system, fight infection, and promoting bone strength.

What are the benefits associated with Bifidobacterium longum?

Intestinal microflora comprises over 100 species of beneficial, neutral or harmful bacteria - all in constant conflict with each other. Their number and balance can be upset by a wide variety of causes such as antibiotics or other drugs, stress, aging or alcohol consumption, in which case the health of the intestine and even the individual in general, can be affected. Probiotics such as bifidobacteria help to restore balance to intestinal microflora. In particular, scientific research has shown that Bifidobacterium longum BB536:

Buy Bifidobacterium longum supplement to enjoy the many benefits of the strain Bifidobacterium longum BB536, formulated in DR Caps for optimal absorption and bioavailability. Each capsule provides almost 2 billion microorganisms, with the recommended dose of three capsules a day delivering an exceptional 6 billion microorganisms. This dose can be adapted according to your needs and the advice of your therapist. These probiotics should be refrigerated in order to preserve their quality. Their efficacy can be enhanced by also taking prebiotics such as fructo-oligosaccharides which promote probiotic growth.

†BB536 is an active probiotic strain developed by Morinaga Milk Industry.
*90% stable when stored in the refrigerator.
Directions for use
Take one capsule an hour before each meal.

GERD is a relatively common problem, made worse by eating certain foods or by gaining weight. Here are some tips on how to relieve it and even get rid of it.

The benefits of bromelain, an excellent enzyme obtained from pineapples

Derived from pineapple, bromelain is an invaluable enzyme complex. Discover how to gain maximum benefit from its properties.