Price summary
Total price of the offer
$85.00
Add To Cart 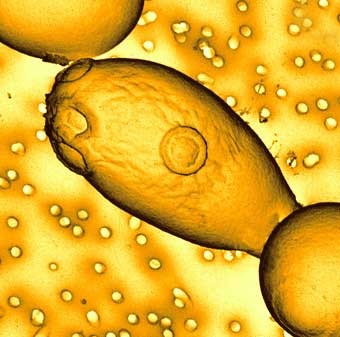 Saccharomyces boulardii is a non-pathogenic probiotic yeast produced by a patented process which enables it to survive gastric acidity and resist proteolysis, now available to buy in supplement capsules at Supersmart. The optimal temperature for its proliferation is around 30ºC and it can quickly reach a high concentration in the gastrointestinal tract - an ideal breeding ground - where it remains at a constant concentration in its viable form. It is neither damaged nor inhibited by antibiotics and does not upset the natural balance of intestinal flora.

What are the benefits associated with Saccharomyces boulardii?

Saccaromyces boulardii acts as temporary flora to protect and maintain healthy function of the gastrointestinal tract:

What do studies say about Saccharomyces boulardii?

Saccaromyces boulardii has been used in Europe for years to treat diarrhea:

What are Saccaromyces boulardii mechanisms of action?

Physiological studies in cell cultures, animal models and humans have highlighted the various mechanisms of action by which Saccaromyces boulardii eradicates pathogenic agents, inhibits toxins and restores the absorption capacity of the small intestine's mucosa. They include:

Composition
Each vegetarian capsule contains 250 mg Saccaromyces boulardii.
Directions for use
Take two vegetarian capsules twice a day, in the case of antibiotic treatment, travel to a tropical country or acute diarrhea.
Store at temperature between 2 and 8 ° C in a dry place away from light.

It does not totally eliminate diarrhea, but helps. I still can eat only a few foods to avoid severe diarrhea.

Subscribe to our newsletter
and obtain a 5% permanent discount
Our selection of articles
What’s the best probiotic to take for a bloated stomach?

Though usually harmless, a swollen stomach is still a source of major discomfort. Discover the best habits to adopt and probiotics to take to permanently restore a flat tummy.

Fructooligosaccharides: What are they? Why should you take them?