No reviews
Reviews
$21.00 In Stock
Description

DGL 500, our DGL supplement, is an extract of liquorice root for gastrointestinal health. 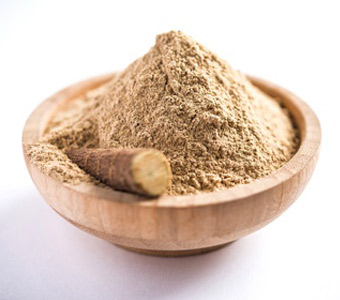 Liquorice has been used for around a century to combat peptic and gastric ulcers. Our extract of deglycyrrhizinated liquorice root, or our DGL supplement, offers the benefits of whole liquorice but without the side effects of glycyrrhizic acid, such as hypertension, oedema, and headaches.

Liquorice has properties that increase the production of prostaglandins in endothelial cells in the stomach, resulting in a cytoprotective effect on the gastric mucosa.

Animal studies suggest it reduces the inflammatory response that leads to ulcer formation by inhibiting the production of inflammatory molecules, such as interleukins or tumor necrosing factor.

It also has an antioxidant effect that contributes to its efficacy.

What do studies show about DGL?

Studies have shown that DGL:

Now that we’ve answered the question, what is deglycyrrhizinated licorice (DGL) and explained exactly what it does, it’s time to address the potential side effects and how to take it.

Plus, certain people are allergic to licorice, which may also cause issues. Start by doing your research into the best DGL supplement and the potential side effects. You can find everything you need to know about deglycyrrhizinated licorice and its effects with a little online research.

If you are taking medication for a chronic condition, you should always approach your doctor before adding DGL to your regimen. Deglycyrrhizinated licorice benefits can change your life, but some groups may be more likely to experience side effects than others.

Scheduling an appointment with your doctor allows you to get advice from an experienced medical professional. They will go through your medical history, examine any medications you are taking, and tell you whether or not deglycyrrhizinated licorice extract is safe for you to take.

The same advice applies if you’re already taking supplements for other health benefits.

Responsible supplement usage starts with you, but unless you’re taking certain medications, you should have no problems taking a DGL licorice supplement.

If you experience any side effects from DGL, stop taking the supplement immediately and schedule a visit with your doctor. Never continue consuming DGL licorice root extract if it seems to be causing any unwanted side effects or health issues.

DGL 500 maximizes potential DGL supplement benefits because it does not contain glycyrrhizin. Removing that substance decreases the chances of deglycyrrhizinated licorice DGL side effects.

Taking these DGL capsules couldn’t be easier. Scientists have perfected the formula and made them simple to take orally. You don’t need a prescription to take them, and there are no special instructions to follow. It’s all about responsible use.

That being said, how do you take DGL 500 safely?

Firstly, never exceed the recommended daily serving size. When taken orally, you should consume one or two capsules, approximately 20 minutes before a meal. You may take one or two capsules up to three times a day — depending on how much you require.

Remember, deglycyrrhizinated licorice root mainly benefits the digestive system. Taking these supplements before eating ensures that they act fast. If you don’t like the taste of licorice, you can wash down the supplement with a glass of water.

And, again, there are no documented deglycyrrhizinated licorice root extract side effects associated with prolonged daily consumption of this supplement.

Finally, go out of your way to read the instructions on the container. Avoid exceeding the recommended serving size, or you may experience an increased risk of sustained side effects.

You should also consult a medical professional regarding how much you should ingest per day.

People with certain medical conditions or on certain medications may be advised to take less than the recommended daily maximum in order to reduce the potential of side effects.

Subscribe to our newsletter
and obtain a 5% permanent discount
Our selection of articles
In which foods are probiotics and prebiotics found?