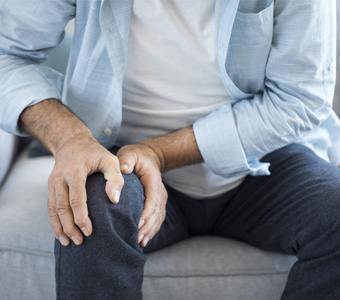 Type II collagen, a triple helical molecule, is the principal structural protein in cartilage, responsible for its resistance to traction and its endurance. Sometimes the body's immune system confuses articular type II collagen with a foreign invader and sends antibodies to attack and destroy it, resulting in deterioration of joint flexibility and mobility. When the body attacks itself in this way, it is referred to as an auto-immune disease.

¤ UC-II® is the only patented form of undenatured (native) type II collagen. The type II collagens usually found in nutritional supplements are denatured or hydrolysed - in other words, their molecular configuration has been altered rendering them inactive. According to David Trentham, a Harvard scientist and world authority on type II collagen, “to be effective, type II collagen must be in its native form”.

¤ UC-II® also contains small amounts of glucosamine and chondroitin which are equally good for the joints.

¤ Taken orally, UC-II® works with the immune system to promote healthy joints through a process called oral tolerance. This process helps the body differentiate between foreign invaders, such as bacteria or viruses, and beneficial elements such as nutrients. Low doses of UC-II® taken orally stop the immune response targeted at the type II collagen in bone joint cartilage, improving joint mobility and flexibility.

UC-II® thus appears to be an excellent solution for stemming decreased collagen in cartilage. Another supplement for maintaining joint health is L-proline, an amino acid which supports the body’s natural production of collagen. If you suffer from joint pain, you may find our supplement Palmitoleic acid, an omega 7 fatty acid, known for its pain-relieving effects.