No reviews
Reviews
$23.00 In Stock
Description 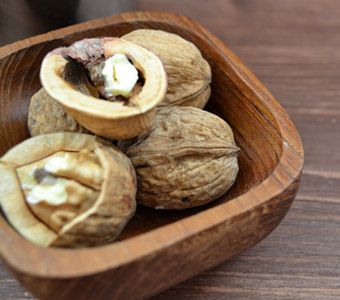 What is the relationship between Beta-sitosterol and an enlarged prostate? Beta-sitosterol reduces the volume and inflammation of the prostate gland. Benign prostatic hyperplasia (BPH), also known as prostatic adenoma, is a disease in which the prostate increases in volume. It typically develops around the age of sixty. The most common symptoms are a frequent urge to urinate, problems with micturition, decreased urine flow, a feeling of incomplete emptying of the bladder and sometimes pain.

BPH originates in the pituitary gland, which increases the secretion of prolactin. This, in turn, stimulates the production of an enzyme called 5-alpha-reductase, which converts testosterone into its active form - dihydrotestosterone (DHT). DHT production is considered a major cause of BPH, along with the increased levels of estrogens that result from the conversion of testosterone by aromatase.

Finasteride is the most commonly prescribed medication for treating BPH. Though active in 50% of cases, it loses its efficacy once treatment is stopped and also has some side-effects — abdominal pain, skin rashes, enlarged breasts, migraines, fatigue and reduced libido).

Alongside eating a Mediterranean diet rich in plant sterols, taking 180 mg of Beta-sitosterol daily has proven to be as effective as finasteride, and it does not generate the latter's unwelcome side-effects.

A large number of Beta-sitosterol prostate studies have demonstrated its ability to fight the key symptoms of BPH, including:

As for the Beta-sitosterol dosage for prostate health, we recommended taking three capsules, each of which contains 60 mg of Beta-sitosterol, every day, throughout the day.

There haven't been enough studies to determine if it is safe to take Beta-sitosterol dietary supplements while pregnant or breast-feeding, so it's recommended that you don’t.

Additionally, people suffering from sitosterolemia, an inherited fat storage disease, should not take these supplements. People with this condition already have too much Beta-sitosterol and fats in their muscle tissue and blood, making them susceptible to the early onset of heart disease.

You can also combine Beta-sitosterol with other supplements, such as ProstaNatural Formula and Prostaphil™, to enhance its effects on your prostate.