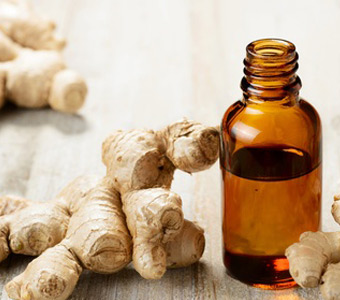 Super Gingerols is an extract of ginger (Zingiber officinale) standardized to 20% gingerols which have multiple properties, delivered in vegetarian capsules. It is traditionally used for digestive problems (upset stomach following a fatty meal) and especially for acid reflux. Indeed it is just as effective for this as the commonly-prescribed proton pump inhibitor (PPI) drugs but does not have the latter's long-term side-effects. In such cases, it is beneficial to combine it with Mastic Gum, also available to buy at Supersmart.

Ginger principal components are gingerols (including 6-gingerol) and shogaols. They are what gives ginger its smell, taste and activity. Along with cinnamon and turmeric, ginger is one of the three best-known spices in the world, known as much for the flavor they bring to cooking as for their health benefits. Ginger grows wild in tropical climates. Part of the Zingiberaceae family, the root is used as a spice in sweet and savory dishes.

What are the benefits associated with Super Gingerols?

Super Gingerols is a simple, natural and safe supplement. It is one of those basic nutritional supplements you should always have in your ‘first-aid kit' for relieving joint or muscle pain, nausea, and temporary digestive problems, as well as for maintaining long-term, optimal health:

Super Gingerols is purposely not combined with cinnamon in order to avoid possible interactions in sensitive individuals.

Composition
Directions for use
adults. take 2 capsules a day.
Each capsule contains 200 mg of extract of ginger.

Digestion problems are extremely common. If you’re among the many sufferers, try these 10 natural tips for facilitating the digestive process and restoring your day-to-day well-being.

Wondering how to whiten and maintain your teeth naturally? Follow our 10 tips for achieving a dazzling, Hollywood-style smile.

A key ingredient in Asian cooking, ginger has also been used in traditional Chinese medicine for thousands of years. What are its benefits? How should you use it? Read on to find the answers to these and other questions.

Thanks to you, we've been able to plant 1174 trees