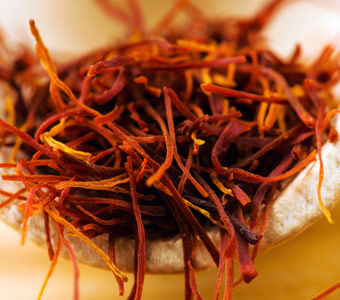 Natural, safe and effective, Prosexstim is an excellent supplement for maintaining or restoring good erectile function, now available to buy at Supersmart. It is delivered in vegetarian capsules and can be taken at a dose of 300mg a day, either on its own or together with L-arginine, or other pro-sexual supplements.

Erectile dysfunction is a widespread condition affecting men of all ages and represents a significant problem for sexually active men. It is defined as “the persistent inability to maintain or achieve a penile erection sufficient for satisfactory sexual activity”.

Solutions aimed at stimulating sexual performance normally require the use of a host of plant-based or synthetic substances (heterosides, alkaloids), which can produce inconsistent results as well as unwelcome side-effects, meaning long-term use has to be restricted. Such is the case with plants such as epimedium, muira puama, tongkat ali and damiana (Turnera diffusa) all of which have contraindications, particularly in the case of hypertension or cardiovascular problems.

Prosexstim is therefore made with EnoSTIM, which offers a combination of plant extracts with well-established pharmacology, meticulously chosen for their safety. NO is fully recognized as playing a crucial role in erectile function. It is formed from an amino acid precursor, L-arginine, via the action of the eNOS enzyme. The NO pathway is pivotal because blood flow will only allow an erection to be achieved when sufficient levels of nitric oxide reach the penis. It is therefore important to ensure constant and adequate NO production.

What are the benefits of Prosexstism?

Prosexstim unique and exclusive formulation of polyphenols derive both from apples (Malus pumila) and grape marc or pomace (Vitis vinifera), and enriched with a specific, proprietary extract of saffron stigma (Crocus sativus). Specially developed to offer benefits for a natural and safe solution to male sexual dysfunction, Prosexstim works synergistically at a number of levels:

Composition
Directions for use
adults. Take 2 capsules a day.
Each capsule contains 150mg EnoSTIM™.
No reviews for this product yet

Subscribe to our newsletter
and obtain a 5% permanent discount
Our selection of articles
Female libido: 8 natural stimulants

For many women, getting their period is synonymous with pain and apprehension. But it’s possible for that ‘time of the month’ to pass (almost) unnoticed. Here are 6 natural tips for relieving painful periods.

Fertility: the 7 best supplements for helping you to conceive

Do you want to maximise your chances of having a baby? Discover the 7 best supplements for supporting both female and male fertility.