No reviews
Reviews
$19.00$38.00
-50%
Today In Stock
Best if used before 04/01/2022
Description
Super Maca has been used for thousands of years by native Peruvians for its energizing and sex-enhancing properties.
Certificate of Analysis 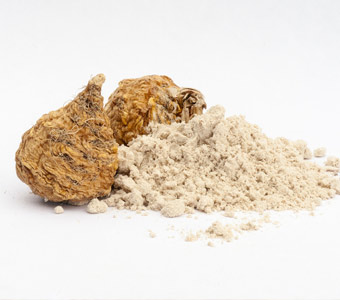 Maca (Lepidium meyenii) is a turnip-like plant of the mustard family which grows on the frozen, oxygen-poor highlands of the Andes Cordillera at altitudes of between 3500m and 4575m. It has been used for thousands of years by native Peruvians for its energizing and sex-enhancing properties, as well as to improve the fertility of livestock.

What do studies show about Maca?

In Peru, Maca is considered a food and is not used in minuscule amounts. If taken in powder form, at least 5 to 10 grams a day is the dose needed to obtain its considerable benefits. Towards the end of the 20th century, scientific research confirmed the traditional use of Maca to increase animal fertility.

This new Macapure extract from Naturex is the only product to be standardized (0.6%) in macamides and macaenes and is the product used in the above-mentioned studies. Macamides and macaenes are present in Maca in only very small quantities. But the researchers at Naturex who discovered them have shown that the improvement in frequency of copulation and endurance directly correlate, in a dose-dependent manner, to the concentration of these compounds in the end product. Because of its concentration and standardization, Super Maca gives excellent results at doses of one to two grams a day.

Subscribe to our newsletter
and obtain a 5% permanent discount
Our selection of articles
Female libido: 8 natural stimulants

For many women, getting their period is synonymous with pain and apprehension. But it’s possible for that ‘time of the month’ to pass (almost) unnoticed. Here are 6 natural tips for relieving painful periods.

Fertility: the 7 best supplements for helping you to conceive

Do you want to maximise your chances of having a baby? Discover the 7 best supplements for supporting both female and male fertility.