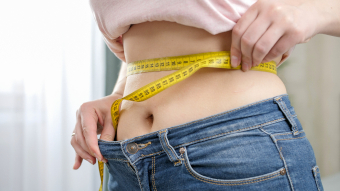 The lactobacillus gasseri supplement is a probiotic strain in gastro-resistant capsules that restores the balance of intestinal microflora and helps with slimming and weight control.

What is Lactobacillus Gasseri?

Lactobacillus gasseri, a strain naturally present in human breast milk, is part of the group of microorganisms that are essential for overall equilibrium. A recent study, however, has identified its potential in a completely different area — that of weight control.

This represents a major new addition in an area where there is considerable cross-over between genetic and metabolic causes, low metabolic energy, cardiovascular disease and type 2 diabetes.

Probiotics are living microorganisms that — when consumed in sufficient quantities — produce systemic and digestive benefits. Among the many probiotic strains, the lactobacillus genus is particularly well represented. Colonizing in the intestines and vagina, lactobacillus has various positive effects.

More specifically, it can:

The fact the lactobacillus gasseri probiotic supplement is easy to take, is totally safe, benefits digestive health and has weight control potential, makes it a must-buy daily supplement. If you’re looking for high-quality, effective probiotics for weight loss, lactobacillus gasseri, or any of the other probiotic bacteria strains with protective effects we offer at Supersmart, are all great options.

Our other supplements include the patented bacillus subtilis strain, recognized for its immune-stimulant properties, and lactobacillus reuteri, intended for intestinal problems, such as diarrhea.

What do studies show about Lactobacillus Gasseri benefits?

Studies report consumption of a lactobacillus gasseri supplement may promote a reduction in abdominal adipose fat. A 12-week, double-blind Japanese study of 210 adults with abdominal adiposity showed that lactobacillus gasseri reduced BMI (Body Mass Index), waist and hip circumference, and abdominal fat mass by 8.5% in comparison with a control group where no such parameter changes were noted. However, the researchers also found that regular ingestion is necessary for such effects to endure.

Another study conducted on mice demonstrated that the consumption of lactobacillus gasseri not only reduced weight and body fat but also lowered blood glucose levels in animals with type 2 diabetes.

The mice were divided into three groups — the first receiving a normal diet, the second a high-sucrose diet and the third the same high-sucrose diet but supplemented with lactobacillus gasseri, for a period of 10 weeks. The results of the study showed lactobacillus gasseri considerably reduced body weight and adipose tissue in the supplemented mice, and also had substantial ‘anti-diabetes type 2’ activity.

How does lactobacillus gasseri contribute to weight loss?

A modification of microbial populations: Research published in the journal Nature in 2006 indicated that microbial populations in the gut are different between lean and obese people. The research found that when obese people lose weight, the composition of their microflora reverts back to that of individuals with a lower BMI, suggesting obesity may have a microbial component.

A decrease in leptin levels: Subcutaneous adipocytes are the major source of leptin and adiponectin. Leptin is an adipocyte hormone that controls weight by regulating food intake and energy output. Leptin concentration is linked with body fat percentage and obese individuals tend to have higher serum levels.

According to this study, administration of lactobacillus gasseri suppressed increases in plasma leptin, suggesting that a reduction in weight and fat mass is associated with a decrease in serum leptin.

Given that in pre-diabetic states, increases in blood glucose stimulate the secretion of insulin, and that hyperinsulinemia is frequently accompanied by obesity, consumption of lactobacillus gasseri would appear to help reduce insulin resistance and thus improve pre-diabetic states.