No reviews
Reviews
$89.00 In Stock
Description
Cycloastragenol is extracted and purified from the root of the plant Astragalus membranaceus.
Certificate of Analysis 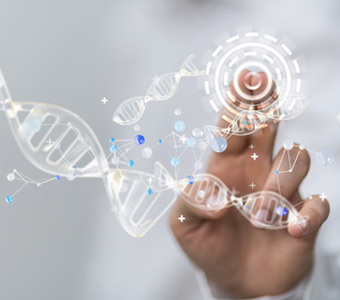 Cycloastragenol supplement in vegetarian capsules provides anti-aging benefits by stimulating the repair of DNA damage through activating telomerase, a nucleoprotein enzyme which catalyzes synthesis and growth of telomeric DNA.

Cycloastragenol is a saponin comprising a group of oil glucosides naturally present in a number of plants. It is extracted and purified from the root of the plant Astragalus membranaceus, which has been used in Chinese pharmacopaeia for thousands of years, particularly for its ability to slow down age-related degenerative processes. However, cycloastragenol is present in astragalus in minute quantities and extracting it is a highly complex and costly business. It has a similar chemical structure to that of the Astragaloside IV molecule, but it is smaller and significantly more bioavailable, enabling lower doses to be taken. It is already used as an immunostimulant because of its ability to increase T lymphocyte proliferation. However, its exceptional anti-aging properties are of increasing interest to the scientific community.

Cycloastragenol can be combined with Astragaloside IV, to provide a wider spectrum of activity, or it can be alternated with it. We are not yet at a stage of being able to recommend taking both products together, every day, for long periods. However, no intolerance has been reported to date. For more information on how to take it, see the "Anti-Aging" section. To provide effective and long-lasting support in the fight against premature aging, other anti-aging products of interest are also available to buy at Supersmart. Our resveratrol supplement is a powerful natural antioxidant with recognized protective effects, while saikosaponin A is a promising compound in the field of anti-aging medicine.

Telomeres are made of thin filaments and are found at the tips of chromosomes. Maintaining their stability enables cells to avoid replicative senescence and indefinite proliferation beyond the 'Hayflick limit'. Telomeres shorten with each cycle of cell division, or when subjected to oxidative stress. Until now, this has been an unavoidable mechanism of aging. Stimulating telomerase and increasing telomeres are without doubt the most promising ways of increasing life expectancy naturally. Animal and in vivo tests show that cycloastragenol is one of the very few substances - and the most powerful - that can appreciably increase such activity.