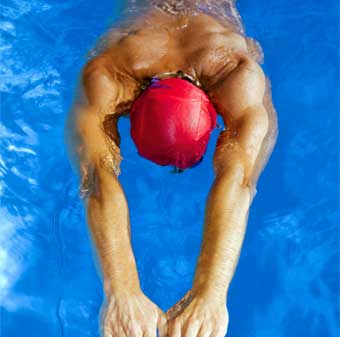 Beta-ecdysterone (or 20-hydroxyecdysone) is an active principle found in Rhaponticum carthamoides, Suma and Cyanotis vaga. The majority of ecdysterone studies to date have been conducted in Eastern Europe and Russia. They conclude that its effects are comparable to those of a mild anabolic or androgenic drug - it has a stereochemical analog structure but without any of the unpleasant side effects, now available to buy at Supersmart.

Due to its very high cost and the relatively large amounts needed (one gram per day), beta-ecdysterone is found in some of the most doctored and fake products on the market. The excellent quality of the extract sold by Supersmart is, of course, guaranteed. It contains 1060 mg Cyanotis vaga extract standardized to 95 % beta-ecdysterone, delivered in vegetarian capsules.

What benefits do studies show about Beta-ecdysterone?

Increasing muscle mass is a well-researched area in the domain of competitive sport and endurance, but muscle mass is also important for older people at risk of cachexia, or younger, overweight individuals who want to get the most benefits out of a moderate exercise program.

Composition
Directions for use
Adults. Take two to four capsules a day, or as advised by your therapist.
Each capsule contains 250 mg beta-ecdysterone.
Beta-ecdysterone should be combined with high biological value protein, in the region of one to two grams per kilo of lean mass per day.

Subscribe to our newsletter
and obtain a 5% permanent discount
Our selection of articles
Does taurine stop you sleeping?

“Walking is man’s best medicine.” So said Hippocrates in 400BC. Was he right? Let’s explore whether exercise really does improve the body’s defenses.