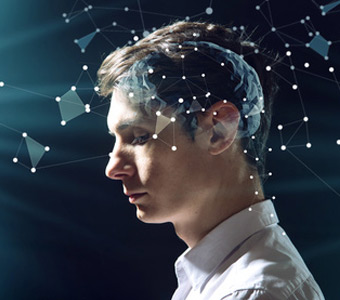 Cytidine 5-diphosphocholine (CDP-choline) is an exceptionally bio-available form of choline, now available to buy in vegetarian capsules at Supersmart. It readily crosses the blood-brain barrier into the central nervous system, where it is directly incorporated into the phospholipidic fraction of membranes and microsomes.

What are the benefits associated with CDP-choline?

It increases levels of the main neurotransmitters (norepinephrine, dopamine and acetylcholine) and directly improves cerebral metabolism through several mechanisms:

What do studies show about CDP Choline?

A number of human studies evaluating the ability of CDP-choline to halt age-related decline in memory have shown significant results at dosages of between 1000 and 2000 mg a day:

Each vegetarian capsule contains 250 mg of cytidine 5-diphosphocholine (CDP‑choline).
Directions for use
People over 40 can take two to four capsules a day to optimize performance or as a preventive measure. Those who need to can take four to six capsules a day, on the advice of their therapist.
No reviews for this product yet

Subscribe to our newsletter
and obtain a 5% permanent discount
Our selection of articles
The benefits of Mucuna pruriens (for the nervous system, reproductive health...)