Betaine HCL is a natural source of gastric acidity for improved digestion: 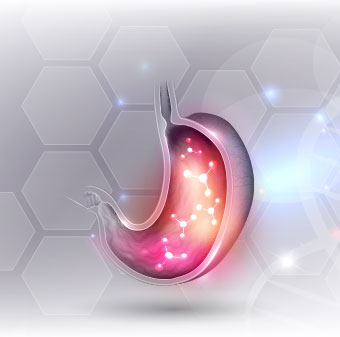 The betaine HCL supplement is a natural stomach acidifier made from betaine, an alkaloid found in foods, such as beetroot. It’s designed to compensate for the decline in gastric acidity typically seen after the age of 50. It provides benefits for digestion, nutrient absorption and the prevention of gastrointestinal infections. The supplement is enzymatically stabilized to ensure it remains effective over time.

What Is a Hydrochloric Acid Supplement?

Betaine HCL increases the hydrochloric acid levels in the stomach. These acids are required to aid proper digestion and assimilate nutrients from food. When the body has the appropriate amount of hydrochloric acid, digestion operates normally and the body can absorb both amino acids and proteins.

The digestive acids are also needed to extract Vitamin B12 from food. For people with low acid levels, it might be helpful to take betaine HCL to increase the amount in the stomach and maintain healthier GI function.

For many years, betaine hydrochloride was used in over-the-counter products, such as digestive aids and stomach acidifiers. Now, it is only found as a dietary supplement.

While research varies, customers use betaine hydrochloride for a variety of ailments. Some people use it for hypokalemia or low levels of potassium. It has also been used for hay fever, asthma, anemia, atherosclerosis, diarrhea, yeast infections, gallstones, rheumatoid arthritis, food allergies, inner ear infections and thyroid disorders. Otherwise, consumers take it in hopes of protecting their liver.

What does hydrochloric acid in the stomach do?

After food moves down the esophagus, it enters the stomach, the lining of which immediately secretes hydrochloric acid. This highly acidic fluid is produced at a rate of around two liters a day by parietal cells every time we eat. It is strong enough to destroy the vast majority of bacteria that enter the digestive tract as well as food.

Its main role, however, is to promote protein digestion by activating pepsin. Secreted by other stomach cells, this digestive enzyme is only effective in highly acidic environments.

How is the stomach able to withstand the corrosive effect of hydrochloric acid? Its inner walls are coated with a protective layer of mucus produced by certain stomach cells. When production of this mucus is inadequate, however, the gastric mucosa rapidly erodes, potentially resulting in ulcers or gastritis. If nothing is done to address it, the acid may even perforate the stomach wall, allowing its contents to pass into the abdominal cavity and cause peritonitis.

What happens if the stomach fails to produce enough hydrochloric acid?

Pepsin, the active dietary protein-digesting enzyme of the stomach, is no longer activated, marking the start of digestive problems.

Scientists have thus shown that one of the deadliest forms of pathogenic bacteria, E. coli, is inactivated when the stomach is sufficiently acidic. Conversely, research has also demonstrated that inadequate levels of acidity are associated with rapid invasion of the colon by microorganisms, leading to a range of uncomfortable gastrointestinal problems.

Hypochlorhydria, or a lack of hydrochloric acid, is much more widespread than you might think. Normal stomach acidity corresponds to a pH of 1-2. But research shows that as we age, the stomach’s parietal cells produce less hydrochloric acid, and our pH rises. In fact, it’s estimated that 50% of those over 60 have an inadequate level of stomach acidity. By the age of 85, this proportion rises to almost 80%. What’s more, there are additional factors that can exacerbate the situation:

What are the effects of low stomach acidity?

The effects of inadequate acidity spill over into many of the body’s functions:

In addition, a number of health issues are linked to problems with gastric acid production, particularly allergies, asthma and gallstones.

How Does a Betaine Hydrochloride Supplement Help with Liver Detox?

Betaine hydrochloride can also aid the process of detoxing the liver. Research shows betaine HCL helps the liver digest fats or lipids. If fat begins to accumulate to dangerous levels from various conditions, such as diabetes, obesity or alcohol abuse, it can put your health at risk. However, betaine breaks down and removes the fats, allowing for new ways to detox the liver.

Additionally, betaine can allow the liver to dispose of chemicals and toxins to further prevent damage to the digestive tract. Toxin exposure also leads to other bodily damage that could otherwise be avoided.

Some studies reveal that betaine HCL protects the liver from hepatotoxins, such as carbon tetrachloride and ethanol. These hepatotoxins or toxic chemical substances damage the liver and then enter the body through medications, pesticides and herbicides used on plants or crops. You can also experience liver damage from alcohol.

Sadly, many of the heavy metals found in pesticide chemical exposure are still listed on the FDA’s “considered to be safe” list, ensuring that we continue to consume the dangerous toxins.

When we ingest non-organic foods that have been sprayed with these toxins, we contribute to the build of in our livers. That’s why many consumers turn to betaine HCL to prevent liver damage. If you are noticing signs of liver damage, a betaine HCL supplement may help.

While not everyone recognizes the signs, liver damage symptoms often include the following:

Hydrochloric acid supplements are not recommended for those suffering from ulcers, nor should they be taken by pregnant women experiencing problems with stomach acid, or those taking antihistamines (H2) or proton pump inhibitors like omeprazole or other generic forms.

The tablets should not be crushed into food and alcohol should be avoided. Consult a health professional before supplementing if you are taking anti-inflammatory drugs, such as NSAIDs, aspirin or ibuprofen.

Betaine hydrochloride is a supplement that’s been used for more than a century for naturally restoring gastric acidity and supporting digestion. Betaine is considered to be a completely natural, safe substance, found in a wide variety of foods such as beetroot, spinach and whole grains.

It offers a range of benefits:

Look no further on where to buy this supplement when you want to improve your digestion. Buy betaine HCL from Supersmart to compensate for the decline in gastric acidity.

How should you take hydrochloric acid supplements?

Betaine HCL supplements should be taken before meals in order to prepare the stomach and facilitate digestion. Take care to chew food properly during the supplementation period. If you’re not sure whether your acidity levels are adequate, you can follow these steps:

Betaine HCL can be combined with other supplements available to buy at Supersmart, such as,H. Pylori Fight, which combats helicobacter pylori. To maximize protein absorption, it’s also a good idea to supplement with organic aloe vera Lastly, in order to boost your gut flora, which may have been destabilized by the bacterial proliferation enabled by low gastric acidity, it can be really helpful to add in the excellent probioticProbio Forte. In terms of phytotherapy, peppermint and gentian are also recognized for their ability to stimulate secretion of hydrochloric acid.