1 reviews
Reviews
$54.00 In Stock
Description
S-Acetyl Glutathione is the most absorbable and active form of glutathione
Certificate of Analysis 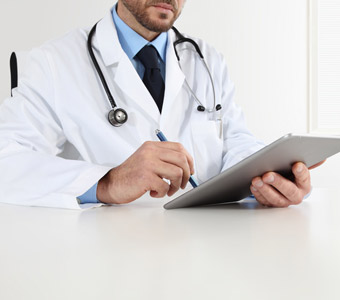 S-acetyl glutathione (SAG) is a new and superior alternative to reduced glutathione, with a better absorption in the body and several antioxidant benefits.

Reduced glutathione, commonly known as glutathione or GSH, is a tripeptide made up of L-glutamine, L-cysteine and glycine. It is ubiquitous in all living systems. However, chronic oxidative stress reduces levels of cellular glutathione and its biosynthesis is affected by dietary and/or individual biological factors - a person's particular ability to metabolise its various precursors.

Glutathione is rightly considered the most important intracellular antioxidant produced by the human body. Until now, however, it has been necessary to take it either orally at high doses, or sublingually, in order to guarantee maximum absorption. Indeed, the major part of an oral dose of glutathione becomes oxidised before it can be absorbed and used by cells.

What are the benefits associated with S-acetyl Glutathione capsules?

In this form, glutathione's fundamental properties are thus preserved and increased, to:

Why opt for S-acetyl glutathione?

Various studies have confirmed that this form it is better absorbed through the intestinal wall, as its acetyl bond prevents oxidation and helps the molecule to pass diffusively into the cell after absorption in the intestine. It is this acetylation that prevents the breakdown of glutathione. SAG, therefore, enters the cells directly and once inside, it is converted into reduced glutathione by cytoplasmatic thioesterases (sulfur atoms), which removes the acetyl group. This increases both total glutathione and the percentage of reduced glutathione, which has a very positive effect on oxidative stress biomarkers. Indeed, SAG is an active antioxidant in all tissues and in supporting immune function.

To boost the effect of SAG and restore glutathione levels, a precursor of this antioxidant is also available to buy from the Supersmart catalogue: N-acetyl-cysteine (NAC), a particular form of L-cysteine. Like methionine, this amino acid contains a sulfur atom and plays a role in glutathione production. Other amino acids, such as Lysine and Branched-amino acids (leucine, isoleucine and valine), may also be of interest for the synthesis of active molecules. SAG also complements our other two forms of glutathione, Perlingual Gluthatione and Reduced Glutathione. It is now the most advanced and effective way of increasing levels of this essential endogenous antioxidant.

Buy S-acetyl Glutathione capsules to benefit from its anti-aging properties.

Subscribe to our newsletter
and obtain a 5% permanent discount
Our selection of articles
How should different foods be cooked to preserve their vitamins and nutrients?