No reviews
Reviews
$27.00 In Stock
Description
Rhodiola rosea extract has been considered one of the principal adaptogens substances.
Certificate of Analysis 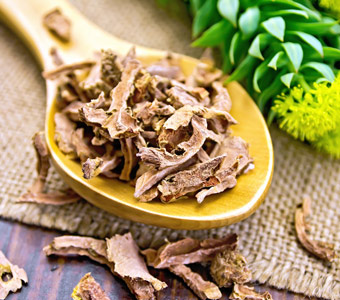 Rhodiola, Rhodiola rosea, is a perennial plant which grows on the sandy, rocky, cold and dry soil of Siberian mountain slopes. Its medicinal use dates back to the Greek doctor Dioscorides (77 BC). According to tradition, it has the power to increase stamina, longevity, sexual vigour and cognitive ability. The first scientific studies to support these applications came from Russia and Scandinavia in the Sixties. Since then, Rhodiola rosea has been considered one of the principal adaptogens (substances which have a general, non-specific effect on increasing the body's resistance to various forms of stress) in the same category as ginseng, eleutherococcus and ashwagandha.

What are the health benefits associated with Rhodiola rosea?

Composition
Directions for use
Adults. Take two vegetarian capsules a day, before breakfast and lunch, as required.
Each vegetarian capsule contains 300 mg Rhodiola rosea extract.
No reviews for this product yet