No reviews
Reviews
$28.00 In Stock
Description
Isoquercetin is 17 times more bioavailable than quercetin.
Certificate of Analysis 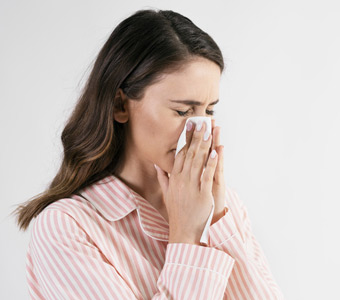 Isoquercitrin supplement is a form of quercetin with high bioavailability, delivered in vegetarian capsules, with benefits for digestive or respiratory allergies, now available to buy at Supersmart.

Of the various types of quercetin, the enzymatically modified form, Isoquercitrin (alpha-oligoglucosyl isoquercitrin, EMIQ), has been identified as having the greatest bioavailability. Quercetin, a flavonol found in various vegetables and herbal medicines, has considerable biological activity, possessing anti-cancer, anti-allergy and antioxidant effects. However, the use of quercetin has been limited by its insolubility in water and hence low oral bioavailability.

Isoquercitrin EMIQ is derived from another flavonol, rutin, through natural enzymatic modification. As a result of modifications to its structure, Isoquercitrin EMIQ is, up to 12 hours after ingestion, 17 times more bioavailable and more concentrated in the blood, compared with simple dihydroquercetin. In vitro studies have shown that two enzymes, lactase and maltase-glucoamylase, play an important role in the rapid intestinal hydrolysis and absorption of this modified form, and subsequent release of the quercetin therein.

Isoquercitrin (IQC) has greater availability but by far the best option is another water-soluble form: enzymatically modified isoquercitrin. Given that water solubility is enhanced by glycosylation (attachment to a sugar), scientists have evaluated the bioavailability of several orally administered quercetin glycosides.

What are the benefits associated with IsoQuercitrin?

As with most flavonoids, quercetin and isoquercitrin IQC are particularly recommended for digestive or respiratory allergies including asthma and hay fever, as well as for eczema and urticaria, when taken alongside L-ascorbic acid and zinc. In a 2009 double-blind study of 24 subjects with a pollen allergy, eight weeks' treatment with Isoquercitrin EMIQ significantly reduced eye problems (itching, watery eyes, congestion), with improvements observed from the first week, and peaking during the sixth week of supplementation.

Primarily a preventive agent, Isoquercitrin EMIQ should be taken in the morning on an empty stomach or in between meals, at a daily amount of 200mg divided into two doses. Supplementation should begin at least two weeks before the arrival of the pollen season and continue until it is over. It can be happily combined with the use of conventional antihistamines; indeed, some studies have found that those who take standard medication alongside quercetin report greater improvements in their symptoms.

What do studies show about IsoQuercitrin?

Composition
Directions for use
Adults. Take 2 capsules a day.
Each capsule contains 100mg of enzymatically modified isoquercitrin EMIQ®
No reviews for this product yet