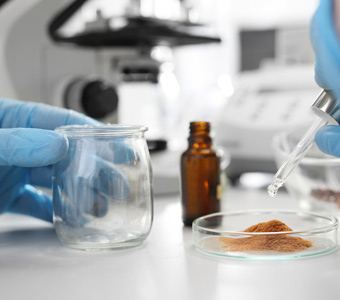 Popular with our customers for its efficacy and value for money, Triple C combines three specific forms of vitamin C in a single capsule, that acts synergistically within the body: ascorbic acid, calcium ascorbate and ascorbyl palmitate.

What are the benefits associated with Triple C?

The importance of vitamin C to human health is widely recognized. Confirmed by numerous scientific studies, it's properties are beneficial, if not essential, to several vital functions. Vitamin C is best-known for its key role in maintaining the immune system and improving the body's natural defences.

It is also recognised as a powerful natural antioxidant that helps combat oxidative stress, free radicals and cellular ageing. And vitamin C's benefits do not stop there. On the contrary, it is involved in a multitude of metabolic reactions, with the most active form, ascorbic acid, working at many levels within the body:

Why is Vitamin C supplementation important?

While everyday foods such as fruit and vegetables are rich in vitamin C, they may not provide sufficient levels to cover our daily requirements. Vitamin C is fragile and is easily destroyed by light and heat. Vitamin C supplements have therefore been developed as a way of obtaining an optimal intake. Often taken to safeguard against vitamin C deficiency, vitamin C supplements are also indicated for preventing and treating a number of ailments:

The majority of mammals are able to produce vitamin C themselves, but humans lost this ability a long time ago, which is why this vitamin is classified as essential – we need to ingest it from the diet. The recommended dose for this vitamin C supplement is one to two capsules a day.

Composition
Directions for use
Take one or two capsules per meal, according to your needs.
Trustpilot