No reviews
Reviews
$11.70$18.00
-35%
Today Limited quantity
Best if used before 12/30/2022
Description
Willow Bark Extract is a ‘plant-based’ aspirin for relieving pain and reducing the risk of cardiovascular events
Certificate of Analysis 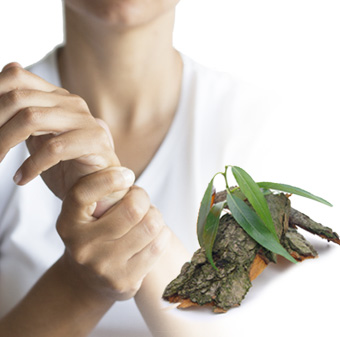 Willow Bark Extract is an analgesic and cardioprotective supplement made from white willow bark. It’s a gentler, safer and longer-lasting alternative to the drug aspirin. Over the past few months, it has been attracting extraordinary interest for its clinically proven synergistic power, naturally high salicin content and durable effects on chronic pain and circulation.

What’s the reason for this phenomenal rise in interest in white willow extract?

The use of willow bark for medicinal purposes spans centuries and civilisations. From Imperial China to First Nation America, Ancient Greece to medieval Europe, willow bark has been widely used to soothe pain and bring down fever (1).

In 1828, Pierre-Joseph Leroux, a French pharmacist, thought he had identified the active substance behind these effects: salicin. It was quickly discovered that this substance was converted in the body into salicylic acid, a compound with clear analgesic and antipyretic properties. There then followed a frantic race to be the first laboratory to synthesise the molecule. It was a German chemist working for the Bayer group who succeeded in doing so, producing for the first time a derivative of salicylic acid (acetylsalicylic acid) without using willow bark. Named ‘aspirin’, the drug would go on to enjoy rapid success, consigning willow bark to oblivion … for almost 120 years.

But for some time now, white willow extract has been experiencing a surprising and extraordinary comeback. Why so? In actual fact, Pierre-Joseph Leroux had made a mistake. While salicin is indeed an active compound in willow bark, it is by no means the only one! There are dozens of other natural molecules that act synergistically and complement the effect of salicin (2-3): proanthocyanidins (extensively metabolised by our gut flora), anti-inflammatory flavanones (naringenin, eriodictyol) (4-5), flavonoids (dihydroquercetin), flavonols (catechin) and polyphenols (caffeic, ferulic, cinnamic, vanillic, hydroxybenzoic and coumaric acids). And it’s the combination of these natural compounds that is responsible both for the anti-inflammatory effects of white willow extract, and its antioxidant, antiseptic, and immune-stimulating effects (6). A number of studies have shown blood levels of salicin to be too low to account exclusively for the analgesic effects of this extract (7-8).

In isolating one of these natural compounds, and offering it in an already-metabolised synthetic form, Bayer undoubtedly produced an effective painkiller, but it is one which is associated with significant side-effects. Its unique mechanism of action requires enormous amounts of salicylic acid which in the long term can damage the body (particularly in terms of gastrointestinal bleeding). In contrast, willow bark’s efficacy comes from a range of anti-inflammatory mechanisms of action and does not directly expose the digestive tract to acetylsalicylic acid. Willow bark extract thus contains a dose of salicylic acid which is potentially 10 times lower than that of standard aspirin tablets, but with physiologically comparable effects.

What are the main benefits of willow bark extract?

How does willow bark extract differ from the drug aspirin (acetylsalicylic acid)?

There are three main differences between the two.

What are white willow extract’s mechanisms of action?

Salicin’s mechanism of action remained a mystery for many years. It was only in 1971 that John Vane and his team at the Wellcome Foundation showed that it prevented the action of certain enzymes - COX-1 and COX-2 - involved in metabolising arachidonic acid. These enzymes promote the first stage in the formation of a group of eicosanoids - signaling molecules involved in inflammatory processes.

By blocking the action of these COX enzymes, salicin lowers the production of a number of inflammatory mediators which are responsible for pain, swelling and other symptoms associated with inflammatory processes. Inhibition of COX-1 also reduces levels of thromboxane, a vasoconstrictor which leads to increased blood pressure. It is this mechanism of action which explains the use of low-dose aspirin for lowering the risk of heart attack (17). A number of studies have shown that salicylic acid also interacts with RNA and coenzyme A, opening up a potential application in the area of oncology (18).

All the other compounds in willow extract have complex and complementary cell mechanisms, indirectly inhibiting the pro-inflammatory cytokines TNF-alpha and interleukin-6, inhibiting translocation of the protein NF-kB (19), and inactivating transcription of certain genes associated with inflammation.

How is it that white willow contains compounds that are so beneficial for humans?

The salicin and flavonoids present in white willow first and foremost benefit the plant itself. They improve its resistance to pathogens and insects which feed off its sap (phloem). More surprisingly, salicin also acts as a communicator between willow trees. When one tree is attacked by a virus, salicin is converted into methyl salicylate, an organic compound which is dispersed into the atmosphere and protects other plants from the danger to which it is exposed. It is a genuine signaling substance capable of activating defense genes in the tissues of neighbouring plants (20).

What’s more, because it contains anti-inflammatory compounds able to relieve pain in the herbivores consuming its leaves, shoots and bark, the plant is attractive to animals, thus increasing the dispersal of its seeds. This may therefore be an evolutionary strategy designed to increase its expansion and survival.

Are there any contraindications for taking white willow bark?

Unlike aspirin, willow bark has been shown in clinical trials to have almost no adverse side-effects (21). In particular it has a far weaker anti-platelet effect. Nevertheless, those suffering from gastritis, coagulation problems, hemophilia, kidney disorders or stomach ulcers should seek medical advice before taking willow extract.

In addition, those with an aspirin allergy or hypersensitivity could well find the same problem with willow bark.

It’s estimated that around 80% of the salicin in willow bark extract is absorbed following ingestion. It is then metabolised into saligenin by gut flora, and subsequently converted into salicylic acid (22). It is thus salicin which comes into contact with the digestive tract and not salicylic acid as is the case with aspirin.

How should Willow Bark Extract capsules be taken?

An appropriate dose is 1-2 capsules taken with meals. For chronic pain and cardiovascular health, it should be continued for at least 4-6 weeks in order to fully benefit from its effects. Willow Bark Extract can be combined with other supplements available to buy at Supersmart such as Triple Protect for even greater cardiovascular benefits, with Palmitoylethanolamide (PEA) for enhanced anti-inflammatory effects, and with Ubiquinol for a synergistic antioxidant action.

Note: researchers have demonstrated a powerful synergy between the phytochemical compounds in coffee, which can prevent lipid peroxidation, and willow bark extract, indicating a protective effect for cell membrane phospholipids (23). Phosphatidylcholine (PC) and omega-3 may, for their part, help to maintain the stability and fluidity of cell membranes that have potentially been damaged by long-term use of aspirin (24). It has also been reported that the same conversion into salicylic acid occurs with meadowsweet (Spiraea Ulmaria).

With the introduction of Willow Bark Extract, it is now possible to obtain the benefits of a completely natural, plant-source aspirin, the properties of which are almost identical to those of the chemically-synthesised product.

Composition
Directions for use
Adults. Take 2 capsules a day. Each capsule contains 40 mg de salicin.
Caution: Do not take this product if you think you may have an aspirin allergy.
No reviews for this product yet